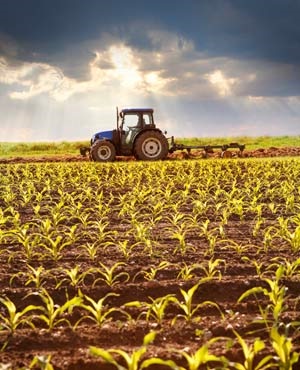 Beatrice – Standing outside the gates of the farmhouse from which he was evicted in 2008, white Zimbabwean Deon Theron knows he will never get his land back.

But he does believe that Robert Mugabe’s fall after almost 40 years in power could lead the new government to encourage white farmers to play a part in reviving the country’s key agricultural sector.

Thousands of white farmers were forced off their land by violent Mugabe-backed mobs or evicted in dubious legal judgements, supposedly to help black people marginalised under British colonial rule.

The farms, however, were often allocated to Mugabe’s allies and fell into ruin, leaving tens of thousands of rural labourers out of work and sending the economy into a tailspin as food production crashed.

“I was evicted after intimidation, violence and court cases,” said Theron, 63, who now runs a guesthouse in the capital Harare and a dairy processing business.

“I don’t expect my land to be returned, but I do think the government will explore getting people who have the skills back on the farms – and that means younger people from evicted families.”

Days after Mugabe’s fall on November 21, Theron took AFP back to Zanka, the 400-hectare (1,000-acre) farm that he bought in 1984 and where he built his own house and lived for 24 years with his wife, raising three children.

‘Block out the memories’

“It was given to a top official in the reserve bank,” he said, looking through the locked wire fence at the house and abandoned tennis court in Beatrice, Mashonaland East province, two hours south of Harare.

“I blocked out a lot of memories, and have tried to move on,” he added, close to tears as he recalled how his foreman was beaten to death in 2005 apparently while in police custody during the height of the evictions.

President Emmerson Mnangagwa, who came to power last week after the military forced Mugabe to resign, is a veteran hardliner from the ruling Zanu-PF party.

However he does not appear to share Mugabe’s ideological hatred of white farmers and has prioritised agriculture to revive the moribund economy.

Mnangagwa used his inaugural speech to stress that the land seizures would not be reversed, vowing instead to compensate evicted farmers and to put the vast tracts of idle land back into production.

“My government is committed to compensating those farmers from whom land was taken,” he said, pledging to “ensure that all land is utilised optimally”.

Agriculture is “central to national stability and to sustained economic recovery,” he added.

Heidi Visagie, who was evicted in 2012 from a farm she and her husband bought from the government outside the central town of Chegutu, said Mnangagwa’s rise offered “a glimmer of hope”.

“The new president is a practical businessman, so we are cautiously optimistic,” she told AFP.

Two sources told AFP that, under the policy, Mnangagwa had quietly encouraged evicted white farmers to lease new land — as long as they didn’t return to their old farms.

“Farmers want the opportunity to farm,” said Visagie, 45, whose business used to employ 300 workers growing asters and other flowers for export to Holland.

“Our workers all lost their homes and the school for their children. We drive past and see the greenhouses smashed and the water pumps all sold,” she said.

Zimbabwe was known as the breadbasket of southern Africa in the early years of Mugabe’s rule after independence from Britain in 1980.

But starting in 2000, about 4,500 farms were seized with the approval of Mugabe in a furious reaction to white landowners increasingly backing the MDC opposition party.

Just a few hundred white farmers are still in business and agricultural output fell from $2.9 billion  in 2001 to $880 million in 2008, according to the World Bank.

On his return visit this week, land that Theron used to cultivate with a tractor decades ago was being ploughed by ox.

The number of functioning tractors has dropped from 25,000 in 1996 to only 5,000 now, according to Zimbabwe’s Agricultural Dealers and Manufactures Association.

Its chairman Marco Garizio said that he drew encouragement from his regular past meetings with Mnangagwa.

“He owns farms himself that he runs reasonably successfully,” Garizio said.

“We still have the nucleus of farmers in this country to recover to an extent.”