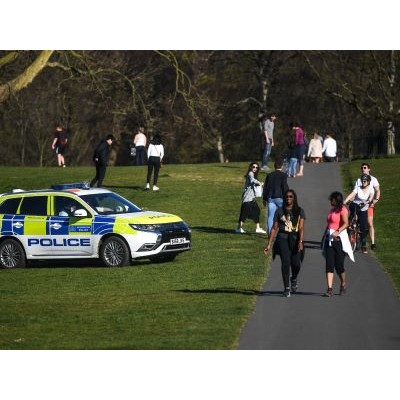 The UK is facing its fourth week in lockdown, with the government set to review by Thursday whether social distancing measures can be changed.

Ministers are required by law to assess whether the rules are working, based on expert advice, after three weeks of telling Britons to stay at home.

It comes as an NHS boss has warned staff are facing a “hand-to-mouth” supply of protective gowns.

Meanwhile, the PM has thanked NHS staff after being discharged from hospital.

The mother of a nurse who Boris Johnson specifically praised said she was “exceptionally proud” of her daughter.

Wales’ health minister said last week that the coronavirus lockdown would remain for “several more weeks at the very least”.

And Scotland’s First Minister Nicola Sturgeon warned there was “no likelihood or prospect” of measures being lifted after the Easter weekend.

On Sunday, the UK’s total number of hospital deaths linked to coronavirus reached 10,612.

Chris Hopson, chief executive of NHS Providers in England which represents hospital trusts, told BBC Breakfast that the number of protective gowns – imported from China – available to NHS staff in some parts of the country has fallen “critically low” in recent days.

Mr Hopson said that the NHS ordered “a whole load of stock” weeks ago, but delays have been caused by the gowns sometimes failing safety tests, while other batches have been mislabelled – meaning the NHS has ended up with additional masks.

He added: “If everything had been flowing exactly as had been ordered and if all of the material had properly passed its safety test, there would not be an issue.

“This is all really hand-to-mouth in terms of gown delivery, and we need to get to a more sustainable supply.”

Mr Johnson had spent a week at St Thomas’ Hospital in London – including three nights in intensive care – where he was being treated for Covid-19, the disease caused by the coronavirus.

It is unclear whether the prime minister – who is now recuperating at Chequers, his country home in Buckinghamshire – will take part in the lockdown review.

In a video message to the nation recorded after he left hospital, 55-year-old Mr Johnson said it “could have gone either way” as he thanked NHS staff for saving his life.

He singled out two nurses – Jenny McGee from New Zealand and Luis Pitarma from Portugal – for caring for him at his bedside for 48 hours at the most critical time.

Foreign Secretary Dominic Raab is currently in charge of running the government, with aides reportedly expecting Mr Johnson to be out of action for as long as a month.

Asked how long it would be before Mr Johnson returned to work, Health Secretary Matt Hancock said it would be a “clinical decision for his doctors to take with him”.

Speaking at the Downing Street briefing on Sunday, Mr Hancock insisted the government is “operating perfectly efficiently within the strategy that he set out.”