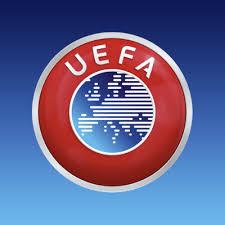 Broadcasters will be able to screen Premier League games kicking off at 3 pm live for the remainder of the season after UEFA lifted restrictions.

The English and Scottish Football Associations have been granted permission to remove the traditional 3 pm blackout by European football’s governing body.

The move would appear to be another step towards matches being played behind closed doors in order to complete the season after the coronavirus pandemic caused mass postponements across league and cup competitions.

A UEFA statement read: “Taking into account the current exceptional circumstances, UEFA has lifted the ‘blocked hours’ protection granted to the UEFA Member Associations for England and Scotland for the remainder of the 2019/20 football season, following requests from the relevant National Associations as a result of measures taken in relation to the COVID-19 pandemic.”

It was confirmed on Friday that professional football would not return at the start of May, with a restart date being kept under constant review.

The Premier League and EFL remain committed to completing the 2019-20 season, with UEFA having warned that clubs in competitions which it deems have been cancelled prematurely may not be eligible to play in next season’s Champions League or Europa League.

Premier League clubs are also conscious of the financial impact that the failure to complete the season would have.

It has been reported that clubs stand to lose around £750million if no further matches are played.

It was reported on Monday that a World Cup-style camp is one solution being considered by Premier League clubs as a means to complete the current campaign.

Clubs could gather in a neutral location to play out the remainder of the season behind closed doors, with only those personnel essential to staging and broadcasting the games allowed to attend to minimise the chance of coronavirus infection.

The clubs remain committed to completing the season and are keen to avoid facing any financial penalties from broadcasters for failing to fulfill fixtures. It has been reported that if no further matches were played, it could cost clubs £750million.

There are a number of difficulties with the idea, not least how to deal with the necessity to have medical staff on hand during a public health crisis, and how the format could survive even one positive COVID-19 test.

But the idea of multiple matches being televised on a daily basis throughout June and July, if the infection curve has flattened by then, could have some merit.