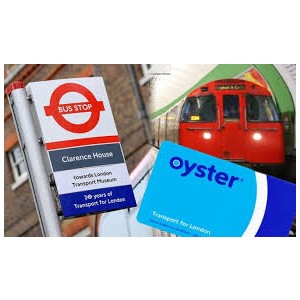 Workers on the London transport network are to be furloughed, it has emerged.

The RMT union has warned members that due to a “catastrophic loss of finances” TfL was planning to make use of the government’s job retention scheme.

It is not known exactly how many staff will be affected, but it is likely to be mostly non operational staff.

Tube use has fallen by 95 per cent and bus use 85 per cent during the coronavirus crisis.

According to the Mirror, a leaked email said furloughed staff will still receive their full salary. The email said the government would pay 80 per cent of wages and TfL the remaining 20 per cent.

At least 26 TfL workers have died since the pandemic broke out.

“Londoners have listened to the advice of the Mayor and the Government and are staying at home to help reduce the spread of the virus.

“This is evidenced by the huge reduction in people using our network, which is helping to save lives. But that has also hugely reduced our fares and other revenue. We are having constructive conversations with the Government about the support that we need so that we can continue to serve the city effectively.

“Where appropriate we intend to use the Government’s Job Retention Scheme that is designed to support staff whose work has been paused because of the virus. This will mean that we can carry on the vital work that needs to be done during the pandemic and support the national effort to beat it.”

Yesterday London Mayor Sadiq Khan called for widespread use of masks by the public to protect from coronavirus.

It was announced that from Monday passengers will only be allowed to board London’s buses using the middle door in a new pandemic measure announced by Transport for London (TfL).

Middle-door only boarding will be temporarily introduced from Monday to protect drivers and keep passengers safe from the coronavirus, the operator said in a statement.

The changes follow concerns due to the 15 bus workers in the capital who have died after testing positive to Covid-19.

TfL’s director of bus operations Claire Mann said: “Bus drivers are pivotal in ensuring critical workers like NHS staff and grocery workers can perform the vital roles they do during this national emergency.

“Their efforts are nothing short of heroic, and it is essential that we leave no stone unturned when looking to protect them.

Existing measures to protect drivers and passengers include signage directing people away from seats near drivers, improved protective screens around the cab and regular announcements reminding those on board of the need to maintain social distancing.

TfL said it was also considering creating a “completely sealed partition” between drivers and passengers.

Earlier, a trade union official called for drivers to be issued with personal protective equipment.

And a South London bus driver identified only as Lorraine, 62, said last week in an online video she was “proud to do her job” but “frightened to die” as she begged the Government to do more to help protect transport staff.