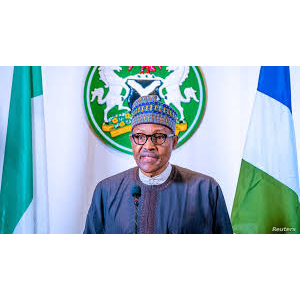 Although he did not name or give other details about him, he said that the suspected culprit of the leak left digital trails with which he was tracked.

Mr Adesina described the suspect as an “Enemy of the State” whose intent was to cause maximum confusion, which he succeeded in doing to some extent. He added that this was because the suspect got the wrong copy of the speech.

Hours before President Buhari’s last nationwide broadcast, a version of his speech, error ridden, made rounds on social media.

Some believed the snitch was in the president’s cycle while others looked the way of the presidential task force and the office of the SGF, believed to have drafted the speech.

But Mr Adesina brushed the former aside saying those who said the leak came from the presidency had no facts.

You have possibly watched the 1998 action-thriller film with the above title, starring Will Smith. It was the box office hit story about a group of people plotting to kill an American Congressman, and the tape of the plot was discovered.

Well, an Enemy of the State struck in Nigeria on Monday, but this time, it was no fiction. It was real life act of sabotage from somebody who does not wish his own country well at all, and who derived a sinister kind of pleasure from undermining the system.

President Muhammadu Buhari was to broadcast to the country by 8 p.m, to give an update on the battle against COVID-19, and what becomes of the lockdown that had lasted four weeks, particularly in the Federal Capital Territory, Lagos and Ogun States. Kano was also a point of heavy interest, with the strange deaths ravaging the state. Was it COVID-19 or not?

As the country waited for the President with great expectations, a purported copy of the broadcast began to circulate on social media from about 4 p.m. Whodunnit?

I took a look at the circulating document, and within one minute, I knew that it was a rogue copy. What immediately gave it away was the paragraphing. It was completely different from the one I had been part of producing, and which had been recorded for broadcast by the President.

Another tell-tale to the dubiousness of the document was the date it gave. It said the lockdown in the affected states and the FCT would be eased from May 2, while the authentic copy bore May 4. There were some other discrepancies. Paragraphs that had been excised from the final copy were still intact, and the document was riddled with spelling and grammatical errors, which you would rarely find in a presidential broadcast, which would have passed through a number of select and trusted hands.

I made a few phone calls to those of us involved with the script, right from origination, which was from outside the Presidency, to final editing, which I did, and the conclusion was easy to reach. Somebody had spirited out the original draft, which had gone through many stages of fine-tuning in terms of content and language, and thinking that it was a world exclusive in terms of artifice and underhand action, he fed it into the social media.

Who would do such a thing, except an Enemy of the State, someone who wants to ridicule the government, cause utmost confusion in the polity, and smirk his lips in malevolent pleasure, as the government, and possibly the media handlers of the President were flagellated, and taken to the cleaners.

Yoruba people talk of ‘ba ase je.’ Somebody who spoils the feast. Everybody is rejoicing and making merry, and he comes to pollute their joy. He could bring extremely bad news that sends everyone scurrying home, or looking for cover. He could even urinate in the big pot of soup in the full glare of the merrymakers. Or he could pour sand in the big pot of rice on the fire. Ba ase je (spoiler of the feast) can strike in many ways. That was the same thing the Enemy of the State did.

Igbo people speak of the proverbial lizard that ruined his own mother’s funeral. That was what the hidden hostile hand did. But he forgot that in these days of technology, almost everything leaves a trail. Before the end of that evening, computer evidences had narrowed down the suspect, and he was already answering for his evil action.

There is the house mouse called ‘oofon ‘ in Yoruba. And there is a delicious soup made from beans called ‘gbegiri.’ Yes, do you remember the popular amala and gbegiri politics as championed by Lamidi Adedibu in Oyo State in those days? That’s the soup I’m talking about. What happens when the house mouse urinates inside the bowl of gbegiri soup? Lassa fever! That’s why we have the Yoruba saying; oofon to si gbegiri, ki eleko ko eko e dani. Translating this into English makes it lose some originality, but let me try. The house mouse has urinated in the pot of gbegiri soup, let all merrymakers find their ways home. That was what the evil mind attempted to do by leaking the presidential broadcast hours before it came. But he fired blank, having laid hands on a wrong copy.

However, if that person had got the final, authentic copy, that is the same way he would have leaked it. To what end, to what purpose? Sinister. Sneaky. Hateful.

If the person that leaked the unedited draft of the broadcast had access to more sensitive national documents, he would do the same thing. If he cottons on information that could sell Nigeria to the enemy, he would gladly do it. Thou art in the midst of foes, watch and pray.

I am surprised that a large number of people, including newspaper houses, fell for the gambit. They took their information from the wrong source, and ended up publishing falsehood. That was what the Enemy of the State wanted. Cause maximum confusion. And he succeeded to some extent.

There is a way we release information from the media office of the President. And the media knows it. If a presidential speech was to be given ahead, there would be an embargo on it for a particular time. The circulating copy bore no embargo, yet they fell for it. And got embarrassed by publishing inaccurate information. Serves them right, do you say? The final copy was released by 8.06 p.m, good enough time for a newspaper to still produce and get early to market for the next day.

The social media is being used for every purpose: good and bad. It is the bastion of fake news, hate news, concoctions and all sorts of conjurations. Will the users and consumers be more discerning? It is said that the person that stole a keg of palm oil from the rafter is not the only thief. The person that collected the keg from him is also a rogue. Those who began to share an obvious leak, rebroadcasting it, are also not guiltless. Be quick to hear, and slow to speak.

It was amusing to me to hear armchair critics blaming the media office of the President for the leakage. Ignorance. Why pontificate about what you don’t know? They were on radio and television stations the next morning, magisterially shooting breeze. It was Dr Reuben Abati, immediate past media adviser to a President who gave some proper perspectives on how a presidential broadcast is originated and produced, and how it was improbable that the leakage came from the Presidency. The lesson? Seek information, get your facts right, before arriving at a conclusion, lest you look foolish and uninformed.

Some people are not interested in the well- being of their own country. Sad, very sad. Such would sell their mothers, and their country for thirty pieces of silver. Thou art in the midst of foes, watch and pray.

Adesina is Special Adviser on Media and Publicity to President Buhari

Osun governor relaxes lockdown in the State from May 4 Ramadan in a time of COVID-19: Feeding the poor and less-privileged - By Murtadha Gusau