Nothing is going to happen to you, By Femi Aribisala

Faith Comments Off on Nothing is going to happen to you, By Femi Aribisala 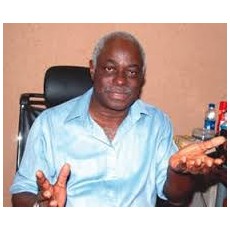 I was born on April 12 , 1952.  I died twenty-seven years ago on December 26, 1993.  I was killed by armed robbers on the way from Murtala Mohammed International Airport, Lagos.

My wife was coming back from a trip to the United States and I went to the airport to pick her up.  She had two major pieces of luggage.  I put one in the boot and the other in the back-seat of our car.  It was around seven thirty in the evening, and we set out for home.

Soon, a car overtook us with some people who were shouting at us for some inexplicable reason.  I paid little attention to them.  But no sooner had they overtaken us than they swerved and blocked the road with their car. Immediately, some men jumped out menacingly.

From that moment, everything became surreal.  Indeed, everything switched to slow motion.  I slammed on the brakes and the car stopped.  In front of us on the road were four armed men.

I had to make a quick decision whether to reverse the car; go forward or just surrender.  Finally, I decided to go forward at top speed and try to avoid their car.  I also resolved that if the man to my extreme right did not get out of the way, I would run him over.

I went ahead to execute my plan; slamming hard on the accelerator.  The man to my extreme right had to jump out of the way because I aimed the car directly at him.  I managed to avoid their car and made a dash for it.  But before I could congratulate myself for a brilliant escape, a lamppost appeared suddenly out of nowhere, and I slammed headlong into it.

Once I hit the lamppost, I knew I was a dead man. I looked out of the window to see the man I nearly ran down now marching towards me. I knew there could only be one thing on his mind: revenge.

But before I could panic, something dramatic happened. I heard a voice. It was not a booming voice. It was a “still small voice.” It was authoritative and calm. It spoke with quiet reassurance. “Femi,” it said, “nothing is going to happen to you here.”

Before I could even think about what that meant, the offended armed robber drew near. Grimacing, he pointed his gun at me and fired. I saw a flash of light and the glass at my side of the door came crashing down. The bullet pierced the body of the car, came out on the inside and killed me. It is necessary to put it graphically. The bullet hit me and I bled to death right there by the roadside.

Thereafter, I was no longer afraid of our assailants. As a matter of fact, I became indifferent to them. I seemed to be abstracted from the entire incident, and to be like someone watching an unfolding drama from the sidelines. And yet I knew that however the matter was resolved, my life would never be the same again.

I opened the door and came out of the car. Only then did I realise that there was something wrong with my left leg. The bullet came out of the inside of the car and lodged itself in my leg, but I never felt it enter my body. As I came out, the aggrieved armed robber slapped me. “Why were you driving like that?” he demanded. “Please don’t be offended,” I pleaded. “I was only trying to get away from you as best as I could.”

Meanwhile, the young man was rifling through my pockets. He was removing my watch from my wrist. Another man was removing Karen’s suitcase from the backseat of the car. And then I heard that implausible voice once again, defiantly oblivious to the situation. “Femi,” it repeated, “nothing is going to happen to you here.”

I was not really paying much attention. My whole life suddenly flashed through my mind. So this is how it all ends, I thought.  I looked through the window of the car and saw my wife clutching little Femi-Kevin to her breast. It was like seeing the past in the present. So, at such an early age, this woman became a widow, I thought.

She was praying. I could see her lips moving silently. I did not believe in prayer and I never prayed. As far as I was concerned, the fact that she was praying meant she was highly distressed. Therefore, I leaned through the window to reassure her. But the only reassurance I could give was the ludicrous one I had been given. So I said to her: “Karen, nothing is going to happen to us here.”

But something seemed to be happening. One of the armed robbers could not open the boot. Neither could I give him the key because it was jammed in the ignition as a result of my hitting the lamppost with the car. One simple fact completely escaped me. Our abductors also seemed oblivious to it. You could open the boot by pressing a latch on the floor of the driver’s side of the car.

I could tell that with the frustration of being unable to dislodge the key from the ignition, the temperature of the entire incident was rising.  But then, one of them opened the glove compartment and saw some money I had miraculously forgotten there. It so happened that it was a sizeable amount. That discovery brought down the heightened temperature.

It was time to go. The man who had shot at me re-cocked his gun. It was one of those revolvers that you snap at the top in order to re-load. He pointed it at me and barked: “Lie down with your face to the ground.” I don’t know where I got the courage from, but I refused. I told him calmly: “You can take whatever you want and go, but I am not going to lie down.”

I was already dead, so I was not moved. For a moment, we stood staring at one another defiantly, with him pointing the gun directly at my face. I knew he would shoot again and could not care less. But then suddenly, he changed his mind and walked away.

Once the robbers left, I came back to my senses. The peace lifted and I was filled with fear. Clearly, I needed immediate medical attention.

My wife jumped out and ran down the road shouting for help. I looked down and realised that my trouser leg and shoe were completely soaked in blood. I said to myself: “Well, you escaped that one.  But now you are going to bleed to death right here in the middle of this road.”

But immediately that thought came into my head, the voice I had heard earlier came back to counter it. It was just as calm and commanding as before. It was no-nonsense and conclusive: “Femi,” it said categorically, “there is nothing wrong with your leg.”

A few weeks later, God visited me and completely healed my bullet-ridden leg.

Believe God. Coronavirus is not your portion. Nothing is going to happen to you.