Interview Comments Off on Nigeria heading towards economic depression, not recession – Tope Fasua 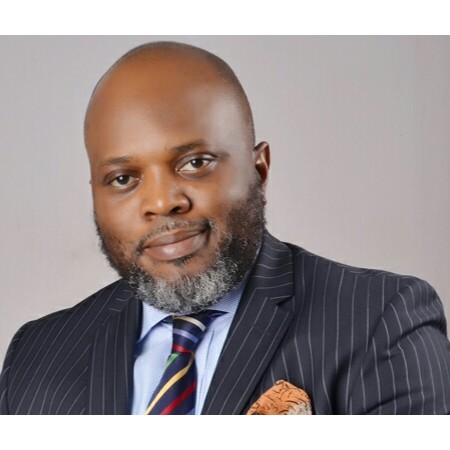 The Coronavirus pandemic has devastated and thrown the global economy into disarray.  The CEO, Global Analytics Consulting Ltd, Tope Fasua, spoke with the Business & Economy editor of Premium Times, Bassey Udo, on why Nigeria is facing a potential economic depression.

PT: The Minister of Finance, Budget and National Planning, Zainab Ahmed, is reported to have said if the current global crisis as a result of the coronavirus pandemic lingers beyond the next six months, the country’s economy will go into recession. What’s your thought on this?

Tope Fasua: The minister is trying to be nice, maybe because she does not want to cause panic. She is relying on the theory of recession being the result of two consecutive quarters of negative growth in the economy. That is why she is talking about the economy going into recession in the next six months. Otherwise, we are already in recession.

By all means, the next Gross Domestic Product (GDP) report from the National Bureau of Statistics (NBS) must say we have dropped in our national productive capacity. People have not been productive, because they have not been working. Businesses have shut in for some time. Therefore, there is likely going to be a drop in GDP.

Even if people return to work in two or three weeks, there would still be that ‘lag effect’ lingering.

We planned to grow the economy by about 2 per cent this year. Now, everything has come to a halt. Nobody is producing. Everybody has locked down because of coronavirus pandemic.

The country’s GDP is about $450 billion. Imagine what the country is losing – about $1.5 billion every day. Conservatively, if half of that figure is shut in because people are sitting at home doing nothing, that means we are losing about $400 million every day. Multiply that with 30 days of the month, that means a loss of about $12 billion deducted from the country’s GDP every month. So, it is clear, we cannot escape recession.

PT: You sound so definitive and conclusive we are already in a recession?

Tope Fasua: Absolutely! We cannot escape it. It is not a Nigerian issue. It’s a global phenomenon because everybody is sitting down now doing nothing.

The global GDP was predicted to fall by 12 per cent. Sadly, Nigeria is not one of those strong global economies. The country is not also experienced in what to do to lift up an economy that is heading into this kind of crisis. We do not even have the intellectual depth and sincerity to step back and think about how to deal with the crisis.

Most of our leaders are still playing their political games. The House of Representatives are still buying and sharing exotic official cars. They do not know how to convene multi-sectoral meetings to share ideas on how to tackle the situation.

They do not seem to see any trouble coming. Everybody has gone underground. Everybody is doing their individual thing. The leadership is not there. My view is that we should prepare for the worst economically. This is not being a prophet of doom. This is real.

The only luck we have, however, is that so far the devastation of the coronavirus is not as bad as most people had expected.

Perhaps, because Nigerians got information about the devastation in other countries and had gone ahead to ‘self-medicate’, even with local remedies against some of these things taken for granted abroad. But, in terms of the economic setback, I think it is going to be very devastating for the country.

PT: So, there is no chance at all for the country to avert the looming doom?

Tope Fasua: I am not mincing words. We are already in a recession. This is a GDP phenomenon. It is for countries that take the concept of GDP seriously, as a measurement of a country’s wealth. But, it is a flawed index for measuring growth. If one looks at the scenarios I have just painted, then one will agree with what I have just said.

The economy has been going down for the past one and half months, even before the government started taking steps. Now, the shops are closed. The larger part of the economy is the informal sector. The crude oil, which is the mainstay of the economy, is totally down. The government has been forced to review its budget fundamentals and benchmarks because the prices have crashed below the approved estimates.

Even at that, the crude oil price has again fallen below the new price benchmark and is still going down. The government depends on crude oil for its revenue. The economy has not been diversified. Except one wants to be deceitful, one can say any other thing. But, I say what it is.

PT: What’s the difference between recession and depression?

Tope Fasua: Some economists define economic depression as a situation where the GDP of a country falls by more than 10 per cent. So, if the global economy goes down by 12 per cent, it means we are in depression.

Nigeria has been living with the symptoms of depression for a very long time, although the world has not taken our economy too seriously, because even we do not take ourselves seriously.

The inconvenient truth is that this is not time to be playing down on the seriousness of what is coming and expect that it will soon blow over.

PT: So, even with what the CBN and the private sector officials have been doing in the past few days, you do not even give the country any chance of surviving the crisis?

Tope Fasua: Well, there is nothing wrong if we try to do those emergency things. But, in terms of getting out of an economic depression, it’s more than that.

If one looks at the paradox I have tried to present, one will understand we have always been in depression as an economy. However, this time we may not be lucky to escape the real manifestations of depression, because it is a global issue.

Contrary to what one is seeing in the U.S., UK, Canada and all those advanced economies, where governments have really taken steps to talk about what they are going to do for the people – the unemployed, self-employed, students, in terms of how much money they are going to give people as palliatives for losing their businesses, till things improve.

In Nigeria, what have we seen? Nothing. Some would say N20 was reduced from fuel price at filling stations.

The best so far is the CBN initiative of N3.5 trillion stimulus package, most of which are going into lending from banks to small business owners. We are yet to see where the government is saying what it has for the children, the poor and the unemployed.

The private sector cannot pull the country from economic depression. Everything cannot be tied around a few private individuals – Dangote, Elumelu, Ovia, Imokhuede, and the likes.

But, this crisis could be seen as an opportunity to get out of that vicious cycle of economic depression. If we think and be sincere and come together, we can pull out of this together.

But, I have always said that the country’s budgets are too low. This is the time to look into the need to increase our budget. Everything has been looking southward for a while. So it is not a bad point for the country to begin to think together on how to get out of this.

PT: If you were in a position to propose a way out of this, what would that be?

Tope Fasua: When one looks at some of the models that some of the other countries are using, for instance, the UK is spending about £330 billion. That’s a lot money. They are budgeting about 25 per cent of their GDP of about £4 trillion against Nigeria’s GDP of about $450 billion. With that, we need to be talking about $45 billion or more to bail out the economy. We need that money more than those countries. But, where is that going to come from?

The UK government is saying if they issue bonds, their rates would be crash to 0.25 to 10 per cent, to encourage lending to the private sector. That is basically zero per cent.

Nobody is going to buy at that rate and keep for the next 20 to 30 years. But the Bank of England has decided to buy and warehouse those bonds, which can then be sold at the secondary market as time goes on.

Where is the plan from the Nigerian government? We are not thinking at all. Perhaps, we do not have the intellectual capacity to do that. Everybody is hiding now from coronavirus.

Unfortunately, with this they now have a perfect reason not to convene a meeting to talk about some rational solutions on the way forward. The crisis is an opportunity to think deep and take this country out of this morass.

The sad thing is that the team we may be hoping to saddle this big task on does not have the capacity to handle it. Or maybe there is still a lot of corruption.

We will still be stuck with the same people in the National Assembly who are more interested in sharing cars when the country is in crisis. Regardless, I think it is still an opportunity we still need to take.

My view on the way out is that we should consider issuing a domestic sovereign bond of anything like N10-50 trillion since the foreign investors are no longer investing in the international markets right now.

It’s a good time to float the idea that it is a good time for Nigerians to invest in Nigeria for the long term. The money realised from the bond issue should then be deployed to work on the base of the country’s economy, in terms investments in education, healthcare, environment, food security, water supply, etc.

Now that our children are roaming the streets without jobs, it is now that our heads should be correct, to know that we are actually wasting our most important resource. Now is the time to invest in that resource.

There must be a Marshall Plan. This is important because this is how the other countries grew. They did not focus on foreign debt, but domestic debt. Most of them became great by issuing war bonds to everybody in their countries. This crisis is the time to invest in Nigeria and get out of this problem once and for all.