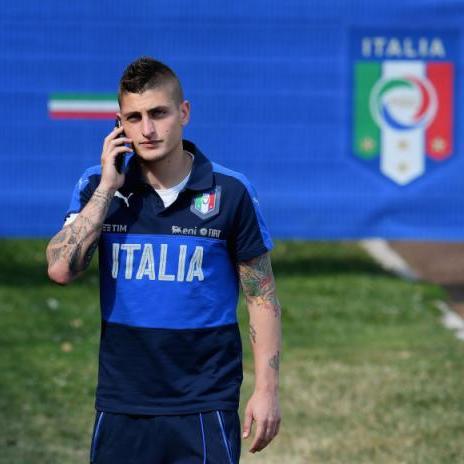 Manchester United have stepped up their efforts to sign Paris Saint-Germain midfielder Marco Verratti after their interest in Nemanja Matic cooled following their capture of Romelu Lukaku.

United moved in for the Everton striker from under the Blues’ noses and it is reported that Antonio Conte is unwilling to do business with them anymore.

Tottenham Hotspur’s Eric Dier was Mourinho’s primary target this summer, but the north London club have refused to get into a dialogue with the Red Devils despite the 20-time English champions being ready to offer them £60m ($78.1m) for the midfielder’s services.

The Mirror reports that the deal to sign Verratti has now hit a roadblock as well over PSG’s insistence to include Anthony Martial in the transfer.

However, United manager Jose Mourinho is keen to keep the Frenchman at Old Trafford and expand his options across the pitch, with the Red Devils battling on four fronts next season.

Barcelona have also been heavily linked with a move for the midfielder but their interest has cooled off lately owing to PSG’s stance in the matter and the player’s wage demands.

To add to the possibility of a transfer, Verratti has parted ways with his agent Donato Di Campli in order to team up with super-agent MinoRaiola. The Italian-born Dutch representative has helped United make four out of their last six signings and the list includes ZlatanIbrahimovic, Paul Pogba, RomeluLukaku and HenrikhMkhitaryan.

Barcelona and PSG have confirmed that Verratti is keen on a move to the Camp Nou this summer, but his current employers are adamant that he will not be allowed to leave.

However, United are unwilling to give up on their pursuit of the midfielder, who is highly sought after by Mourinho and is in constant dialogue with PSG to change their minds in relation to their interest in Martial.

The report states that the midfielder would be made available at a fee in the range of £60m ($77m).