Letter from Africa: Why Nigerians need to learn their history 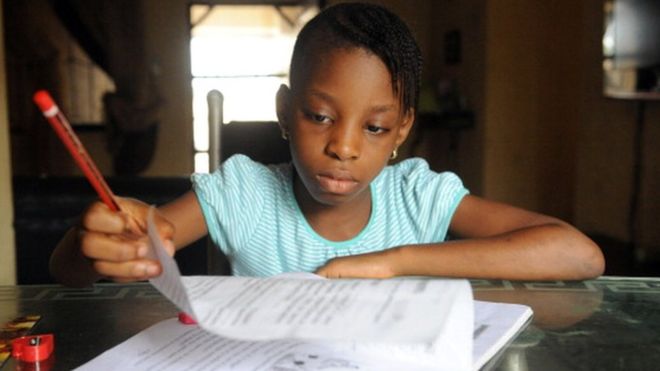 In our series of letters from African journalists, Sola Odunfa looks at why it is a good idea for Nigeria to reintroduce history as a school subject – a move recently backed by the country’s senate.

When I was growing up, one of the subjects I learnt in both primary and secondary school was history – not only of Nigeria but also of Europe.

The bare facts of the growth of nationalities might not have been interesting to my young mind but I grew up with the conviction that hardly anything could be more exciting than the study of the exploits of men and women who later became heroes – or villains – among their people as they shaped the course of history either in their local areas or in the world at large.

A long ago, I read in history books of the conquest of the Ilorin people in the central Kwara State, by Fulani forces from Sokoto under Shehu Alimi following the betrayal of the Alafin of Oyo by his former warlord, Afonja.

So now I understand clearly the never-ending undercurrent of ethnic restiveness between the Yoruba and the Fulani peoples in the Kwara state capital.

Many other ethnic crises across the Nigerian nation are similarly rooted in historical events and they may be resolved only after excavating the root, but who has the tools?

Queen Amina of Zaria in the north, Moremi of Ife and Funmilayo Ransome-Kuti of Abeokuta in the west were historical figures whose lives I studied in school.

They were women who conquered the chauvinism of their times to lead their communities in war and in political emancipation.

Their history is a study in equality of the sexes, each given the same opportunities.

A government has to be retrogressive to discourage the studying of the lives of these great human beings by removing history as a subject from our school curricula.

It was during the military rule of General Ibrahim Babangida in the 1980s and early 1990s that the studying of history began to disappear from our schools and, in recent years, it has not been taught at all.

The reason given then was that history did not add to the market value of students after graduation.

Experience showed that the only employment open to history graduates was teaching, a vocation which had been degraded by the popular saying that the reward of teachers was in heaven rather than in good pay here on earth.

No-one wanted to take a gamble of waiting to get to heaven before enjoying the good life.

The Senate’s vote to reintroduce history was prompted by Senator Shehu Sani, who had presented a motion calling for pan-Africanism to be taught in schools.

A well-known activist, he appeared to have ignored the saying that charity begins at home.

What the majority of lawmakers in the Senate have told him is that a person who does not know the history of his own family compound surely cannot seek to settle scores among other families in the clan.