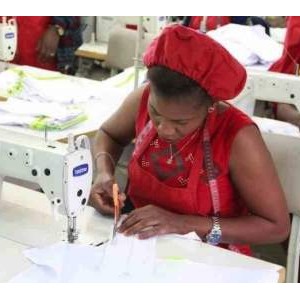 A member of the Lagos State House of Assembly, Moshood Oshun, representing Lagos Mainland Constituency 2 has lamented the rate of unemployment in the country, saying there is a need for the unemployed to acquire skills and entrepreneurship in order to move out of the unemployment market.

He made the remarks at the flag-off ceremony of the one-week-long vocational training programme, he sponsored, held at the premises of Yaba Local Council Development Area, LCDA.

As part of efforts to further create employment for the teeming populace, Oshun said his target was to lift 4,000 members of his constituency out of the unemployment market before the end of the Year 2020.

He explained that the programme would go a long way in making the beneficiaries self-reliant. The vocational skills include: Bag and shoemaking, Kampala, insecticides, paints making, interior decorations, braiding, and hairdressing, among others According to Oshun, “You will agree with me that there are no white-collar jobs.

That is why we are training 500 constituents today to take them away from the unemployment market”.

While urging the participants, mostly, women and youths, to be attentive and learn the trade properly in order to make use of it after learning, Oshun, promised to further empower those that perform well after the training to start the business they learned, assuring that he would give them the materials or money to start-up whatever they have learned.

Executive Chairman of the Yaba Local Council Development Area, LCDA, Kayode Omiyale, who was also a special guest at the ceremony, expressed displeasure at the rate of unemployment in Nigeria, noting that the country churns out thousands of graduates every year with no jobs available for them.

Also speaking, Mrs. Mosun Odukale, who is the trainer, appreciated Oshun for the gesture, saying that “this is not the first time the lawmaker Oshun would be organising empowerment programme.

Some months back, we had a similar programme in which 350 people participated and benefitted from and some of those who participated in that programme are already earning a living.

Some of them are even getting jobs from me and they can testify that their lives have changed for good from what they have been able to learn.