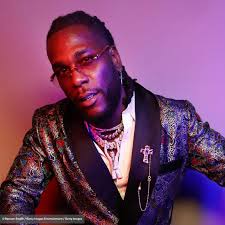 Last year, Nigerian Afro-fusion star, Damini Ogulu, popularly known as Burna Boy was the talk of the town as his album ‘African Giant’ was nominated at the 62nd edition of the prestigious Grammy Awards, in the Best World Music Award category.

Burna Boy lost the award to Benin Republic singer and songwriter, Angelique Kidjo, who was announced winner on Sunday, January 26 this year. The ‘killin dem’ crooner, who was the wave of last year with many of his songs enjoying massive airplay, has since losing the award, gone quiet.

The self-acclaimed ‘African Giant’ broke silence about his loss at the Grammy on Tuesday when his followers dragged him out of his shell to answer some questions via a hash tag #AskBurna, where he explained how he felt about the loss.

Burna Boy replying one of his twitter followers who asked him how he felt losing the Grammy Award said: “Sick, totally sick. But my musical mother, Angelique Kidjo (the award winner) told me everything I needed to understand about Grammy.”

He claimed he had recovered from this ‘sickness’ as he is now ‘twice as tall’ and also announced the release date for his next album entitled ‘Twice as Tall’, which according to him, will be dropping in July. “So, now I’m “Twice as Tall” (That is the name of my next album by the way, dropping in July by the grace of the most high),” he said.