How couples can enjoy intimacy without pregnancy during coronavirus lockdown– Experts 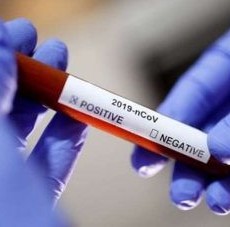 As Coronavirus lockdown persists, couples may be having more sex, leading to more babies, planned or unplanned.

So come December, we may see many more babies in the maternity ward.

This appears to be a general concern for health workers across the globe.

This is why health experts have urged married couples to consider using contraceptives to prevent unplanned pregnancies at a time like this.

Clare Murphy, a director of external affairs at the British Pregnancy Advisory Service, recently told metro.co.uk, that “Couples may not actively be planning a pregnancy in the current climate, but all of us across maternity and abortion services are bracing for an increase in unplanned pregnancies as a result of the prolonged period in lockdown combined with expected difficulties obtaining contraception.”

A medical doctor and sex consultant, Damian Avar, popularly known as Sabi Dr, told PREMIUM TIMES that with the lockdown, couples will have a lot more sex than average since they have a lot of time on their hands.

He added that since there’s no work to keep them physically exhausted, many couples will find a momentary escape from the panic going on in the world, in sex.

Mr Avar also said it is therefore not unusual to predict that there is going to be an increase in conceptions during this lockdown.

“The point is, couples should have already opted for long term methods of contraception even before the lockdown, except they were trying to conceive. Ideally, if you are not planning to conceive, say, in another two years, you should get a long term contraceptive that offers you protection during that duration

“Sadly, our society’s adoption of available contraceptive options is still very dismal. In any case, given the perilous times we are in right now, some of the contraceptive options that would have been best for them may not be easily accessible again. For example, getting an IUD now may be a bit difficult with the lockdown, plus hospitals are the last place anyone should be rushing into right now,” he said.

The sex expert gave a list of available options open to couples who would like to engage in sexual activities during a time like this without getting pregnant.

Sadly, most couples hate condoms but it remains one of the most effective forms of emergency contraception, especially if you had no other protection plan. Condoms are available in the male and female versions with 98 per cent and 95 per cent effective rates respectively.

The contraceptive pills can be easily sourced at pharmacies and drug stores as they are still opened despite the lockdown.

With 99 per cent effectiveness, contraceptive pills are good alternatives for couples that don’t enjoy sex with condoms.

This is notoriously ineffective but it can be used. Basically, the man pulls out of the vagina and ejaculates outside. Mr Avah said he often advises couples who practice withdrawal method to ensure that the man urinates after ejaculating before he goes for round two or three.

The risk is that if he fails to urinate, remnants of his semen from the previous ejaculation can serve as a means of impregnating his wife when he goes for round two or three.

Avoid sex during the fertile window

For women who have regular periods and know their fertile windows, that is, the six days of their cycles during which they can conceive when they have unprotected sex, they simply avoid sex during that time.

Another thing couples can decide to try during a woman’s fertile window is to try sex without intercourse. They are free to do anything they wish except for penetration.

This is great for couples who enjoy oral sex. A lot of fondling, cuddling, sucking, licking and everything else they can come up with is best at this time.

Through all of these, the penis should not come near the vagina.

According to Mr Avah, the average woman is more likely to orgasm from oral sex than from penetration. So, this may just be an avenue for her to enjoy loads of orgasm.

“She can use her hands, breasts, feet or mouth to pleasure her hubby to cloud 9 without having to worry about pregnancy,” he said.