Goodluck Jonathan And The Ostrich Game By Peter Claver Oparah 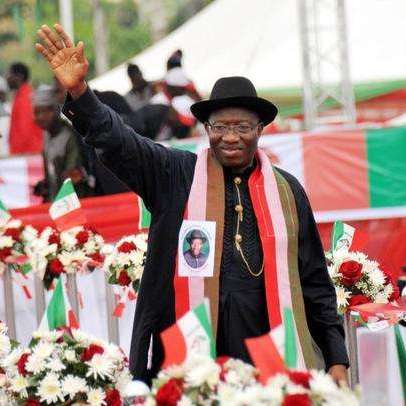 Goodluck Ebele Jonathan – remember him? He is the same man that was offloaded off power here some two light years ago. He is still the bumbling man perpetually living in denial, even in the face of egregious evidences of failure. He is still the same person who said he went to school without shoes yet when asked to declare his assets, after some few years in power, he declined and thundered ‘I don’t give a damn!’. He is still the same man who, as president, shocked the nation when he declared the stealing is not corruption, wondering why people were making comparison between ‘ordinary stealing’ and ‘corruption’. He is still the same fellow who harvested tremendous, unparalleled revenue in a providential oil boom and frittered the hefty accrual, which exceeded the combined revenue made by all previous governments before his. He is the same man who gave no damn that his cronies and those of his party men freely and impudently raided the national treasury and salted away mind-bugling amounts under his pernicious watch. He has cut a mark for himself for always burying his head in the sand when you expect him to be a man. He plays deaf and dumb in the hefty indiscretions and corrupt acts that have been linked to his men and subalterns. He creates the mien of an inscrutable man who lives with unimaginably corrupt people. He does not betray any qualms trading this paradoxical picture because his favorite pet must be an ostrich.

Last week, Jonathan made a cameo appearance at a PDP meeting and as he was wont to do since he was offloaded from power, devoted the entire time he was on their stage, beating and dancing to his own drum. To him, he was the best thing that happened to Nigeria. He said that when he was here, the country was awash with bountiful blessings; everybody was secure, food was aplenty, inflation was nonexistent, corruption was exterminated, poverty was banished, etc. You will wonder which country Jonathan was rambling about. You even wonder if life was as bountiful as he tried to make it look, why was Jonathan voted out by millions of enthusiastic Nigerians just two years ago even in the face of very desperate measures he and his hirelings took to stick to power? Perhaps, to Jonathan, Nigerians made a mistake to end his ‘glorious’ era and of course, he must have been talking to a country living in regret for voting his golden era out.

Let’s be clear. Jonathan has every right to bolster his image, especially in the face of the humbling he received in March 2015. With the horrific picture of wanton and egregious plundering that happened under Jonathan, assaulting the public space since he left, it was just charitable that he said, tongue-in-cheek that his regime failed to plug all loopholes for corruption. That means that he plugged some loopholes if we are to believe his moonlight revelry. That he even made that admittance was an afterthought especially in the light of the horrendous evidences of corruption that has continued to waft out from his regime. To Jonathan and his disciples, to whom he was directing his feel-good epistle, that was a cheery story, but to millions of Nigerians, still reeling from Jonathan’s gargantuan misrule, those were stories for the gods. Fact is that try as he and his cronies may wish to, Jonathan ran a brigandage where tremendous providential resources that would have lifted Nigeria from its present atrophy, were salted and stolen by his unconscionable cronies while he looked on. Truth is that Nigeria had enough resources to take it to the zenith of development under Jonathan but he presided over a total despoliation of the country as his moonlighting lasted.

A nation that understands its onions would have, by now, be calculating the costs of the brigandage and vandalism which Jonathan supervised in Nigeria for nearly six years. For that period, Jonathan harvested enough resources to take Nigeria into the first world when oil, the mainstay of our economy went as high as over $120 per barrel and Nigeria exported over 2.5 million barrels every day. Jonathan inherited a rich foreign reserve of well over $64 billion and an Excess Crude Account in excess of $12billion. In the period when Jonathan was president, no new roads were constructed. The ones that were existing decayed out of existence. No new railways were constructed. No model hospitals were constructed. No new airports were constructed. Unemployment soared to the extent that it took a call for recruitment of 3,000 staff by the Nigerian Immigration Services for millions of Nigerians to fill all stadia and open spaces in the country after being extorted of a compulsory fee running into billions of Naira. In the ensuing stampede for space, over 20 of these youths were trampled to death and no one got employed in the long run. Inflation? It was a soaring affair as the rate of inflation climbed to a double digit when Nigeria was swimming in billions of petro dollars. What more, Jonathan left power with the country’s power generation capacity at below 1,000MW, and 23 states clearly on the throes of anarchy as several months of unpaid workers’ salaries threatened to unleash violent crisis all over Nigeria as Jonathan and his band left power in 2015. Jonathan’s ‘sound economic team’ told awe-stricken Nigerians before the March general election that it had to borrow nearly half a trillion Naira to pay federal civil servants’ salaries. Yet, crude oil sold for $60.30 the day Jonathan handed over; a price it had never reached for the period Buhari has presided over our affairs yet Buhari not only released a huge bailout to clear the hefty amount of salaries states accumulated in the oil boom era of Jonathan and has followed it up with periodic releases to make the states solvent. As for security, yes, Jonathan is so shameless as to flaunt a situation where he was living in perpetual scare of Boko Haram in Aso Rock, which made unchallenged constant bloody raids in the nation’s capital after seizing a fifth of Nigeria’s territory. It is as bizarre as it is tragic! While he surrendered the security of Nigeria to Boko Haram and sundry other gang lords, his National Security Adviser was sharing a huge sum of $2.1 billion voted for security to all manners of PDP aficionados.

I am not trying to rebut the torrid of humongous claims Jonathan and his cronies continue to make to dupe our senses. Rather, I want to just take a peek at the persona of Jonathan; a simpleton who relishes playing the ostrich in his delusional feeling that Nigerians are afflicted with short memory. Fact is that Jonathan and his reveling PDP compatriots know that they are living a lie of what they really represent in Nigeria and what Nigerians think of them. They know the horrible place they occupy in the hearts of Nigerians who are still smarting from the vicious liabilities of the PDP era. They know that even as they try to take chance with Nigerians’ memories that everybody knows the ignoble role the PDP and Jonathan played in this country. They know that Nigerians know the hefty cost, the wasted opportunities and the missed chances we incurred when Jonathan and his men were vandalizing the country to the bones. They know that Nigerians know that Nigeria would have become great if we had an accountable leadership that utilized well the close to N100 trillion oil earnings, the hefty $64 billion foreign reserves, the $12 billion Excess Crude Account which Jonathan and cronies looted and ran Nigeria into recession. Perhaps with the exception of Venezuela, no other major oil producer ran into the kind of storm Jonathan and co ran Nigeria such that when oil prices crashed as President Buhari was taking over, every other oil rich country dipped into its rich savings to mitigate the effects. For Nigeria, everything was stolen; courtesy of Jonathan and co who ‘didn’t plug all loopholes of corruption’. Pray which one did Jonathan plug? Nigeria is where we are today because Jonathan and his lickspittles where were his exclusive cheerleaders as he makes his naked dance, ate our yesterday, our today and our tomorrow when bizarre stealing replaced statecraft.

However, if PDP feels Nigerians have forgotten where the present rain started beating them, they have a huge opportunity to stage a referendum of the Jonathan regime. This they will do by presenting him for the 2019 presidential contest. Yes, if they believe in the lie they told themselves and those whose senses they have looted that Jonathan did very well, let them put Jonathan on their ballot for 2019. Not that it matters who they present for 2019 but putting Jonathan on the ballot will help them get a clearer picture of how Nigerians feel about the regime vis-à-vis the present regime. Jonathan should spare what remains of his saliva and throw his hat into the ring if he and what remains of PDP believes in the lies they regurgitate to themselves that he did well in power. Let the PDP simply exhume Goodluck Jonathan and present him to Nigerians on its 2019 ticket as the best they have for the presidency on the mantra that he did so well for the six years he was here and let Nigerians vote, if in real terms they have forgotten the lessons of March 28, 2015. That is the best way to walk one’s talk than indulging in self-delusive revelry of futile creation which Jonathan and his hirelings have made their favorite pastimes, since they were dismissed from power.


Peter Claver Oparah writes from Ikeja, Lagos. You can reach him at peterclaver2000@yahoo.co.com

Buhari to Jonathan: 'You Left The Nigerian Economy In Tatters' Biafra is fantasy, says Charly Boy