Ekiti to tackle unemployment with Technical and Vocational Education – Board 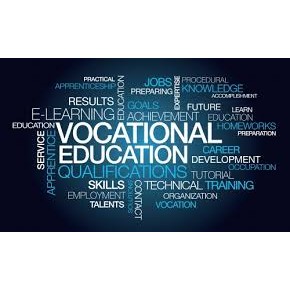 The Chairman, Ekiti State Board for Technical and Vocational Education, Kayode Babade, has said the Kayode Fayemi administration is investing in technical education to give youths of the state a better future.

He said, “Ekiti State Government is investing in technical education so that we can give the youths a future and a hope. We are through this, creating an avenue for job creation and producing employers of labour.

“We want to, through technical education, eradicate or drastically reduce unemployment among the youths. Such will bring down youth restiveness. When there is no youth restiveness, there will be absolute peace in our communities. We must all drop this idea of white-collar jobs and think of what we can do with our brains and our hands,” Babade said.

He said the efforts of the administration to reposition the technical colleges in the state inherited in a state of neglect for effective technical education had started yielding fruits.

“It was the World Bank support vis a vis Ekiti State Government that renovated GTC, Ado Ekiti to that level.”

Babade said the contract for the fencing of the three benefitting technical colleges had been awarded by the state government, saying, “The World Bank will move in to do infrastructural development and supply of equipment into the workshops.  That will start soon when the coronavirus issue is over.”