‘Education is free, mandatory for less privileged in Bauchi’ – Abubakar 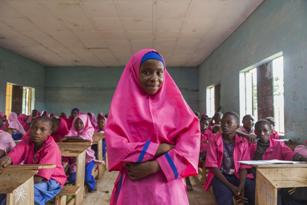 The Bauchi State Governor, Mohammed Abubakar has announced that his administration will soon embark on massive construction of schools across the state to make quality education accessible to the less privileged members of the society.

He said the move was informed by the fact that education is key to the development of any nation, adding that his administration is determined to make education free and mandatory for orphans, vulnerable and the internally displaced children resident in the state.

The governor, who said this when the Commissioner-in-charge of Political Affairs at the African Union Commission, Dr. Laraba Abdullahi paid him a courtesy visit, called on the commission to support the state government towards addressing the problems associated with the IDPS.

“Bauchi has been experiencing the influx of internally displaced persons long before the issue of insurgency in the north-eastern region, which necessitated the springing up of many new settlements in some parts of the state.

“In view of that the IDPs have overstretched the existing facilities, especially schools, hospitals and water supply,” he said and stressed the need for non-governmental organisations, donor and other international agencies to assist the state.

“Reconstruction of the infrastructure demolished as a result of the insurgency is paramount, but addressing the root causes of the Boko Haram is equally very important.”
In his remarks, Abdullahi said she visited to introduce herself to the governor and the functions of her office at the AU, which include playing roles in the successful conduct of the 2015 elections in Nigeria.

Abdullahi emphasised that the office is mandated to promote adherence to the rule of law among member nations; respect for human rights and justice, humanitarian affairs including that affecting IDPs, public service, governmental affairs, local government administration; and

strengthening democracy among the 54 member states of the AU.
Before being appointed a commissioner-in-charge of political matters at the African Union, Abdullahi was a lecturer at the Abubakar Tafawa Balewa University (ATBU), a commissioner in the state executive council and later appointed ambassador. She was accompanied by the vice-chancellor of ATBU and her husband.