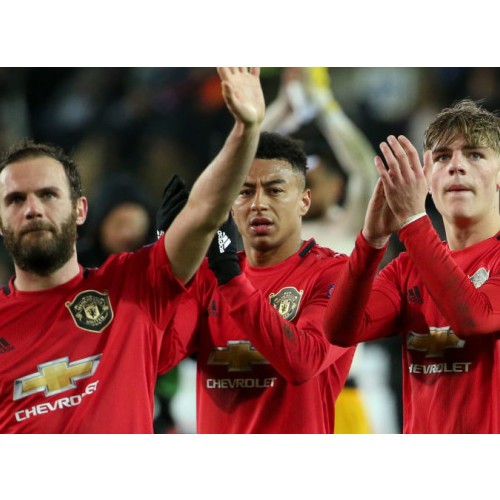 Arsenal are being linked with a move for Jesse Lingard when the transfer window opens after a report claimed Mikel Arteta was considering a move for the Manchester United midfielder as a replacement for Dani Ceballos.

Ceballos moved to the Emirates on loan from Real Madrid last summer but has struggled to have much of an impact at the club – thanks largely to a problematic hamstring injury – and has been limited to just 14 appearances in the Premier League and just goal, in the Europa League, overall.

As such, the Gunners are scouring the market for a potential replacement and were this week linked with a move for Real Betis star Nabil Fekir, whom they could have signed last summer for £36million.

Club scouts have reportedly watched the France playmaker on several occasions this term and remain convinced that he would be a solid addition to Arteta‘s team.

However, Fekir is likely to cost around £45m – which may prove beyond Arsenal’s price range – while it’s a similar story for another reported target in former Liverpool man Philippe Coutinho.

But one man who is unlikely to cost anything near that price is United midfielder Lingard, who has been strongly linked with an exit this when the window reopens.

After shining at the 2018 World Cup, what has followed has been two seasons of toil for Lingard, who is without a Premier League goal or assist since December 2018.

Lingard has been relegated to a back-up role since the arrival of Bruno Fernandes in January and has been used sparingly by United ever since.

In fact, a report last month claimed United manager Ole Gunnar Solskjaer had ‘lost confidence in the player’ and that the club were prepared to listen to offers for him when the window reopens.

The report adds that Lingard still regards himself as one of the best number 10s operating in European football, which is at odds with Solskjaer’s appraisal of the player.

Solskjaer is said to have has been underwhelmed by his performances on the pitch this season and there are also reportedly questions over how he applies himself in training.

The 27-year-old has only recently recruited Paul Pogba’s agent Mino Raiola, which has made a move in the next transfer window appear far more likely, and the likes of AC Milan and Sporting Lisbon have both been touted as potential destinations.

But according to The Athletic, a move to Arsenal ‘can’t be ruled out’ this summer, while United would have little objections in selling him to one of their fellow top-four hopefuls.

Lingard’s current deal runs until 2021 but at this stage very little process has been made on striking a new one and Goal claims that United are planning for life without the player.

Indeed, Solskjaer is looking to bring in at least one of Jadon Sancho, Jack Grealish and James Maddison in the summer, meaning Lingard is likely to be made available – and possibly for a fee as low as £20 million.

Smalling to join Lingard at Arsenal

Lingard isn’t the only United player who could begin the new season, whenever that might be, in Arsenal colours, with the Gunners also now emerging as favourites to sign Chris Smalling.

is on loan at Roma having been told by Solskjaer last summer that he would be given limited game time due to Harry Maguire’s arrival at Old Trafford.

The 30-year-old has enjoyed a resurgence in form in the Serie A and while it is thought Roma are keen on making his move permanent, reports have claimed that their ability to do will hinge on whether they can qualify for the Champions League.

Furthermore, Smalling is also said to be more open to the idea of returning to the Premier League because, although he has settled well in Italy, recent events in the world have reminded him of why it’s important to be nearer to home and family.

And according to Italian publication Corrierre dello Sport, he will ask his agent to find him a new team, with Arsenal said to be in the driving seat due to the Gunners’ location, together with Arteta’s decision to make the signing of a top-class centre-half a priority this summer.

Reports last month claimed United were seeking up to £25m for the 30-year-old, with Tottenham also mentioned as suitors.