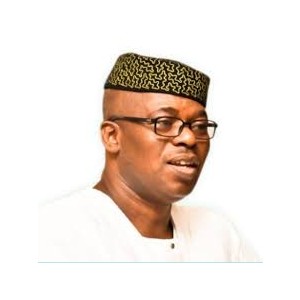 The Director General, Atunse Ekiti Movement, Dr Ife Arowosoge, has taken a swipe at the Chairman of the All Progressives Congress in Ekiti State, Paul Omotoso, for describing a former governor of Ekiti State, Chief Segun Oni, as a nominal member even when he occupied the position of the party’s deputy national chairman.

Arowosoge, a former member of the House of Representatives, said, “This confirms all the allegations we earlier levelled against the Governor Kayode Fayemi-led government and his ‘TokanTokan’ group that they run a cult-like system of administration in the state.

“This is a warning to all Ekiti people to be wary of the Ekiti APC because anybody who is not in their cult can never be regarded, respected and rewarded as part of them but as a nominal member. The cases of Chief Oni and Senator Dayo Adeyeye are sufficient lessons for all to learn from.”

The Atunse Ekiti leader spoke in a rejoinder to an interview granted by Omotoso, in which the APC chairman also said that Oni was not impactful as he never used his position in the party to assist members to secure employment and contract.

Omotoso had spoken in reaction to Oni’s assertion that the APC was worse than the Peoples Democratic Party and the decision of the former governor and his supporters, under the aegis of Atunse Ekiti Movement, to abandon the APC in view of the ill treatment allegedly meted to them in the party.

Arowosoge said, “It is very clear they (the APC) never wanted Chief Oni and had orchestrated their plan to get rid of him from the party right from the beginning. The same intrigues used on Oni were sold to Governor Godwin Obaseki of Edo State to nail Adams Oshiomhole, the national chairman of the APC, through suspension by members of the exco from Adams’s ward.”

He claimed the APC state chairman did not know “the implications of a party office holder using his office to influence award of contracts” as stipulated in the Public Procurement Act, 2015.

The Atunse Ekiti leader said, “I don’t expect Omotoso, a legal practitioner, to fall into such a terrible mistake of accusing a person for not committing infractions against the law of Nigeria; or indirectly confessing using his position now to commit such a criminal offence.

“If Omotoso had known Chief Oni very well, he would have known that he (Oni) guides his good name so jealously and would not involve himself in any act, which would sprinkle red oil on his white garment. The only property Oni has is his house in Ifaki. He is living in a rented apartment in Abuja and he has no property in Ado Ekiti, the state capital.