360 Secs with Keteekitipost: ‘FG’s singular focus on corruption has been counterproductive’- Tope Fasua 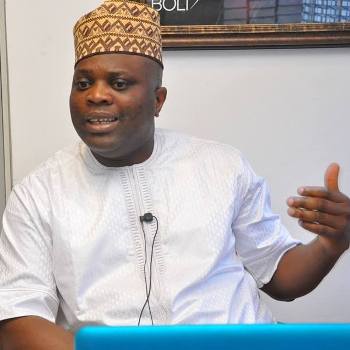 In another 360 seconds with us, we have on stage another unsung hero in the person of Tope Fasua, an economist, used to be a banker.

A native of Akure, Ondo state, he became a Chartered Accountant in 1996, and also have a Masters degree in Financial Markets.  He is on a PhD in Public Policy and Leadership

Tope has written Four books and has Hundreds of articles to his name.

Below are excerpts of our interview with him:

Not very happy.  For no reason than that I was actively involved in my own way, for selling product Buhari. I understand that things are bad and the former government was super corrupt, but I never knew that the people will become even worse victims. I thought given Baba’s pro-poor outlook, he will think of any and everything he can to assuage the suffering of a s long-suffering people.  Pardon the repetition, It’s for effect.

So I wrote, and spoke, and wrote some more.  I was on TV.  I came up with ideas.  I sent my ideas to the new government.  I never even got an acknowledgement.  I told people then that if they don’t consider the bottom-up approaches I was pushing, the government will be greatly embarrassed.  Look at us now!

The government has scored many points against corruption in the last 15 months, but many say it is fighting the surface and not delving into the causes.

I fear that it may now be impossible to get into the tap root of corruption in order to ask the tough questions; why are we like this? Is it our culture or our psychology? Or something in the water that we drink?

I don’t even believe the problem is corruption, but our emotions.  Decisions are taken based on what tribe, religion or cult one belongs to. Once that is done and no one corrects it, everything falls down flat.

I doubt if anyone today will give out a job in the civil service without expectations. I believe it is even more vicious now as we have become even more desperate.

New crimes have crept up.  Kidnapping has taken on a new lease of life.  Stealing of food while on fire is now sport. People now snatch food from the back of school-bound children.

What have we not seen?  Even people who snatch cars in their birthday suits!  So I think the singular focus on corruption has been counterproductive.

Well, from a totally unbiased perspective, I think I would be glad to see some people in the ruling party also being prosecuted.

I think Nigeria’s problem will overwhelm anyone and there’s a chance the president is now overwhelmed; poor man. As regards recession, I’m afraid I haven’t started to see the rigorous thinking that can get us out of the problem.

At best, what we may see is that money will circulate a bit – given the current efforts – civil servants will get their salaries increased, maybe crude oil will sell for more dollars and government will say they have conquered the recession.

But, until we see an economy which is self-sustaining, we would not have conquered the recession. We have been operating a very fragile system for too long and we are now getting some feedback.

An economist will say we have an economic crisis, but we also have a currency crisis… if we are not careful, some banks are shaking and we may have a financial crisis on our hands.

When you look at it this way, what is happening is beyond the realm of economics, finance or currencies. This is a socio-political problem, and some of it stems from our psychology.

Nobody is going to do this dirty work for us. Every country does it for themselves. But are we ready?

Many people will answer you straight and say it is appalling, or terrible or what have you. It is really. You see, communication is no longer just an important key in governance.

In this information age, full of information junkies, communication is king. Leadership has become 95% communication. In the workplace, a manager or leader must constantly pass relevant information to his subordinates if that company is to make progress.

I usually liken that to a Rugby match, where people pass backwards. Anyone who gets a piece of information must take it and run with it, and pass back again until a try or touchdown is reached.  That is the workplace, that is government, and INFORMATION is today’s greatest currency, not cash.

But the only thing I will say regarding our present government and information or communication is that a certain streak infected the system very early on. It is the case that communication became very combative right from the beginning, and innocent concerns, even from supporters, became misconstrued.

Questions are answered with questions, and government agents are ready to get into dirty fights with dissenters.

Truly, thinking back to the point when the government came in with unprecedented goodwill, I couldn’t have imagined this will happen.

I believe they have delivered on this score. It was like magic!

I think the situation has been fairly well-managed so far. Though, my concern is that such agitation was allowed to arise in the beginning of a government of hope. Could it have been prevented? I believe so. And it’s back to communication and style of governance.

Now that it has happened, we hear many installations have been blown up, but lately things have abated as government has deployed military heavily in that area.

I don’t believe we have to go to a full blown war in Nigeria though. These insurgencies are intelligence wars.

We lose the war from the point where government has no information of what is brewing.  And the wars are won when key elements in such wars are identified and approached. I believe that is what happened in the case of Boko Haram.

By all means change should begin with government people and Nigerians can tag along.

Leadership with example is the only authentic type of leadership. Leaders lead, followers follow.

Though there is nothing wrong in leaders asking followers to do the right thing. The fact though is that followers will only do as leaders do, irrespective of what leaders say.

Nigerians are only criticising a statement that seems to push the responsibility back to them. It is also a fact that most Nigerians are going through immense stress these days so pontificating is a bit insensitive.

When people see that government agents – selected or elected – are still buying huge vehicles for millions of dollars (vehicles which very few people use in developed countries), or that government agents are flying around in private jets, or they are still being harassed out of the road by long convoys, they want to see that these leaders are changing first. I agree with them.