360 Secs with Keteekitipost: ‘Our biggest security challenge today is the issue of trust amongst Nigerians’ – Barr. Wugira 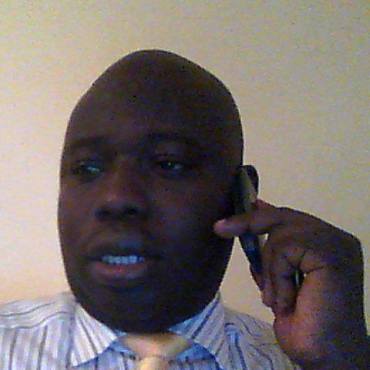 We have many ‘unsung heroes’ of the ‘change campaign’ that catapulted APC controlled FG into power-  People with a voice, people of integrity  who selflessly committed personal resources,  to convincingly send messages into hearts and minds, in a campaign they saw as the first phase of an overdue change process.

We believe Barrister Joshua Sunday to be one of those Patriots.

From Adamawa State, Barrister Wugira was born 30th May, 1976 into the family of late Deacon Rugo Wugira and Mrs Abigail Wugira. The 2nd and 1st male Child in a family of 10, he had his Primary and Secondary School education in Mubi.   Wugira  went to the Nigerian Law School, Kano Campus and served in Ogun State House of Assembly as a legal assistant to Honourable Titi Oseni, the then Speaker, during the  2005/2006 service year. He is now in Private Legal practice based in Yola, Adamawa State and married with Children.

Excepts of the interview with him:

Well, the Buhari administration will go down in history as perhaps the only administration that came to power with a lot of goodwill and expectations from almost all Nigerians and Nations across the world.

It came at a time public confidence in government was virtually eroded due to the turmoil all over.   Almost everyone was hopeful that first, order would be restored in governance and corruption would be fought vigorously and passionately too!

There was the expectation of a level playing field for all and dreams would be realized by those who pursue their dreams without let or hindrance.

Security wise, there was the belief by people that the intractable security challenges across the Country would be confronted and tackled head on and in so short a time.

For the avoidance of doubt and to set the record straight however, all of the above were attributed to the Personality of Muhammadu Buhari as an individual and not to APC as a Party.   Perhaps it must be added too that the individual reputation of the Vice President, Professor Yemi Osinbajo added value to the positive perception of the administration initially.  What obtained eventually is a different ball game.

With regard to the President himself, first, his actions in almost all spheres more especially on the economy and foreign relations, clearly betrays his impaired view and knowledge of these sectors.   Coming to internal security, admittedly, progress was made to an extent but political propaganda and indiscretion on the side of the government in security matters is robbing off on the glory that ordinarily would have followed assuredly. Today, despite the sincerity of the President to take Nigeria out of the woods, there is a lack of capacity in those shouldered with the responsibilities and as well the lack of humility and will to so admit and seek for the best hands irrespective of political stands so long as patriotism is the driving force and capacity is the motivating factor.

Mr President must look beyond those he know and shift to those he doesn’t know with nationalist drive and capacity all over the globe.  We have the best brains you could find anywhere in the world but our challenge is our inability to harness these talents due to the barriers we build amongst ourselves. The administration has prospects but they must do away with the barriers and wedges gradually sprinting up amongst Nigerians.

The Fight against corruption is one of the pillars of the government’s election campaign. Is the government delivering on this in your opinion?

Yes, fighting corruption is one of the Pillars of this government’s campaign but unfortunately, the fight against corruption is skewed.

An unfortunate example is where the EFCC sealed the office of First Group Properties in Abuja for corrupt practices but cleared the Chief of Army Staff, one of its patrons in the purchase of $1.5 Million property in Dubai of any corrupt practice without any investigation.

The amazing thing in all these is the involvement of some NGOs in the whole show of shame. I will talk no further than this on this anti corruption fight now but wish to add, lending my voice to the call for the separation of the investigative and prosecutorial powers vested in the EFCC.

Delivery on the fight against corruption is not as anticipated and desired.

Some are accusing the government of prosecuting a selective fight against corruption. What’s your take on this? Nigeria’s economy is officially in recession. Is the government putting in the required effort at getting the economy out of recession in your own estimate?

With regards to the economic recession, the President unconsciously added to our misery when he was making uncomplimentary remarks about Nigerians and its institutions.  The President accused Directors of the Central Bank of Nigeria of round tripping of foreign exchange, adding that they own almost all the Bureau de Changes in Nigeria , during one of his visits to the UK but up to this moment, that is the extent of his fight against corruption in this regard!

Do you think any serious investor would take us serious?  This is the man whose body language ‘resurrected’ many dead agencies that we are talking about!  Perception first matters about economic issues and then concrete measures follow.

The Governor of CBN and the Finance Minister are singing discordant tunes. The Minister of Budget and National Planning is on solo drive. The President is busy addressing irrelevancies like plagiarism and campaigns best left to agencies already in place and the economy is sinking!

Concerted effort must be made jointly to lift the economy out of the woods. The government must also know that this hiccup is an opportunity to really kick-start production.

Intervention should come by way of grants for industrial development and export promotion. When production is stimulated and promoted, the government itself become richer by way of taxes, rates, et al and ultimately, social vices are eliminated or reduced since people are engaged and are having savings.

Communication is Key in the business of governance. What’s your rating of the government’s communication and citizens’ engagement strategy?

In terms of communication, the government has a lot of ‘covering the field’ to do.

Mind set also matters in this regard as the information Minister, Lai Mohammed was quoted sometime ago lamenting that no one is praising the government for all the good things they are doing. That is unfortunate!

The operatives of the government in this sector are behaving like the opposition, indulging in propaganda rather than mobilization for National cohesion.

It’s a gradual process, they would always say but I disagree!  I would rate and place the government/citizens engagement strategy communication wise at 35% which is dismal by every standard.

Security of the nation is also one of the Buhari/Osinbajo campaign promises. Are they delivering on this promise, especially in the North Eastern part of the country?

Security is a broad spectrum issue depending on what you are looking for and where you stand. Bombs are no longer detonating in the North East, yes, people are no longer dying in scores like before due to insurgents, yes, towns are being recaptured from the insurgents, yes but scores are dying of hunger all over Nigeria.

Scores are losing their jobs daily. Many school age children are out of school. Many were traumatized by the insurgent attacks and are still being traumatized in camps due to mismanagement and corruption. Are they secured?

Petty thieves are coming out every night stealing soups and garri from homes at night or in the day time when home owners are away. I liken the success in this security issue to a situation where mosquitoes are wiped away while Tsetse flies are left having a field day.

The biggest security challenge we have today is the issue of trust amongst Nigerians. We address ourselves as haters, wailers, hailers, et al. You can’t simply express yourself and have a sound sleep anymore. So many are prisoners of free speech in the hands of thought terrorists!

The government is solely responsible for the resurgence of the Niger Delta crisis. It was written all over that insurgency is imminent but they were tactless and confrontational.

You make effort to win over compatriots with dissident behaviours not as a result of weakness but in order to avoid costs and demonstrate courage and love.

You don’t just go about pulling down your Boys’ Quarters simply because one of your children pulled down his shower in protest for your not paying his school fees more especially when you make yourself vulnerable as to lean on his mother for most of your needs!

That is madness! There are many ways of getting back on stream, irredentists with less casualties.

When a government allows itself to be demystified by miscreants, it loses its face. The government is still handling the Niger Delta Issue badly.

Government recently launched the ‘Change Begins with Me’ campaign aimed at re-orientating Nigerians to always do the right thing. Who should the ‘Change’ begin with, the government or the people?

How can change begin with me when I no longer eat three square meals like before?

How can change begin with me? Responsibility and accountability goes together in a flow chart inseparably.

The President was always using the Presidential Air Fleet as an example of waste. What has he done about that after Sixteen months on the saddle?

I expected the President to give the National Orientation Agency a free reign to have packaged a better campaign that would be all encompassing not one sided.

What has changed with the leaders then and now?

Only the faces of the President and his Vice with perhaps the party flags are the changes in the Presidency but every other thing is like every other time including the mind set and modus operandi. Good leadership is about example not orders