Across Nigeria Comments Off on Winifred Oyo-Ita: ‘Interior Ministry reinstated Maina without my approval’ 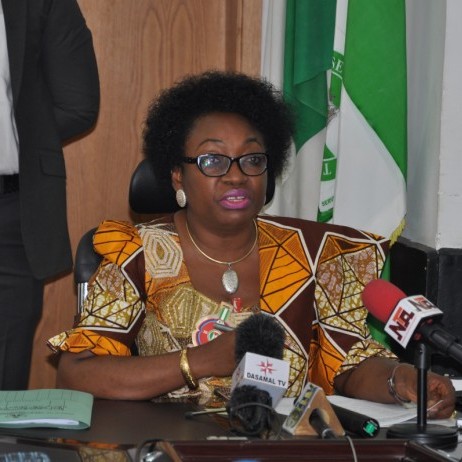 The Head of Civil Service of the Federation, Winifred Oyo-Ita, again on Thursday said the former head of Presidential Task Force on Pension Reform, Abdulrasheed Maina, was reinstated into the civil service without a directive from her office.

Mr. Oyo-Ita spoke at the continuation of a hearing by the ad-hoc committee set up by the House of Representatives to probe the matter.

“For the permanent Secretary of the Ministry of Interior, Abubakar Magaji, to claim that the directive to reinstate Maina came from my office is limited in facts,” Mrs. Oyo-Ita said, reacting to the submission by Mr. Magaji.

“The remarks by Mr. Magaji that he acted based on directives of the Head of Service, to put it mildly, is not quite correct,” she said.

“The Ministry of Interior did not wait to get a posting instruction before they went ahead and reinstated Maina and assigned him duties.

“So this is to completely discountenance the attempt by the Permanent Secretary that they acted on an issue in an illegal manner while trying to make claims that there was a legality from my office”, she added.

She noted that the Ministry of Interior only acted on an advanced copy of the reinstatement letter, which was only meant for information purposes only.

Mrs. Oyo-Ita further insisted that Mr. Maina, as far as she was concerned, has not being reinstated into the civil service. “A letter of reinstatement was never given to him from my office.”

The Head of Service outlined the processes involved in reinstating any civil servant.

She said the Federal Civil Service Commission has constitutional mandate of overseeing all matters of appointment, promotion, reinstatement issues and disciplinary matters; while the Office of Head of Service has mandate to oversee career management issues, structure, training and welfare management in the service.

Responding, Mr. Magaji said the letter issued to Maina from the Office of the Federal Civil Service Commission constitutionally directed the reinstatement.

“That copy was sent to me for action. Any letter for information to my own understanding is to take necessary action. They have reinstated him whether Maina was given the letter or not, he was reinstated,” Mr. Magaji said.

He, however, said his ministry never gave Mr. Maina any office or sent him on any official duty.

Mr. Maina who made his first public appearance since the saga in an interview with Channels Television on Monday where he claimed innocence of all allegations levelled against him ,was absent during the hearing. He was represented by his counsel, Mohammed Sani-Kado.

The recall of Mr. Maina, who is still wanted for alleged N2 billion fraud by the anti-graft agency, EFCC, has since been condemned by Nigerians and civil society groups, prompting the public hearing.

Jonathan surrounded himself with bigots - Gov Shettima Mohammad 'Bindow' Jibrilla: 'I am in APC for the rest of my life, period'