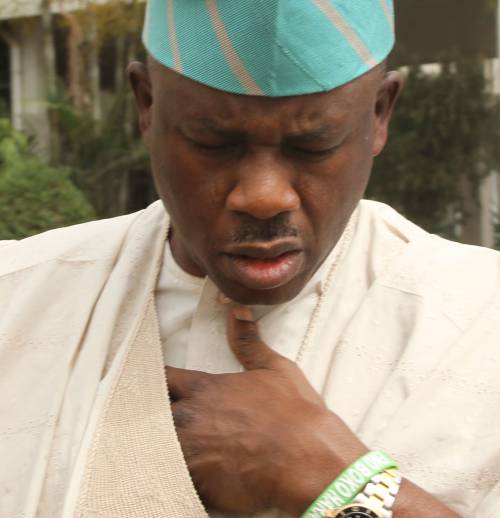 Prof. Itse Sagay (SAN), Chairman of the Presidential Advisory Committee  Against  Corruption (PACAC) on Monday said  Musiliu Obanikoro, former Minister of State of Defence will be making a huge mistake if he thinks joining the All Progressives Congress (APC) will put an end to his case with the Economic and Financial Crimes Commission (EFCC).

Obanikoro, at a rally in Lagos Island last Saturday announced his defection from the Peoples Democratic  Party (PDP) to the APC saying that he defected because he could not find fulfilment in the PDP.

The former minister is undergoing investigation for his role in the diversion of public funds and money laundering allegations.

The investigation by the EFCC has resulted in the seizure of some of his properties. He later entered into plea bargaining to return some of the huge funds traced to him and regain freedom from prison custody.

Speaking with INDEPENDENT, Sagay said his case with the EFCC will continue inspite of his joining the ruling party.

“His joining APC cannot save him from answering for the corruption cases hanging on his neck.  I can assure you it cannot because APC is not EFCC. They are two different things and if he thinks by joining APC, nothing will be heard of his case again, then he is making a mistake” he said.