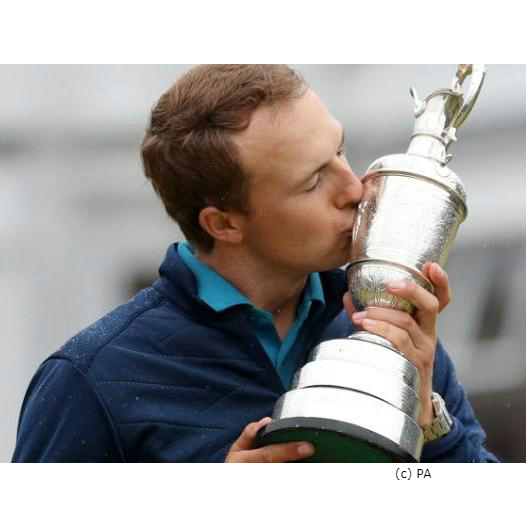 Jordan Spieth turned a potential major meltdown into one of the most extraordinary victories in Open Championship history at Royal Birkdale.

Three shots clear of Matt Kuchar heading into the final round, Spieth bogeyed three of the first four holes to see his overnight advantage wiped out in the space of 48 minutes.

And the 23-year-old then dropped out of the lead for the first time in two days with a bogey on the 13th, which involved a 20-minute ruling and which saw him playing his third shot from the practice ground.

That evoked memories of his dramatic collapse in the 2016 Masters when, as defending champion, he squandered a five-shot lead with just nine holes to play.

However, Spieth then almost holed his tee shot to the par-three 14th to set up a tap-in birdie, before holing from 45 feet for eagle on the par-five 15th. 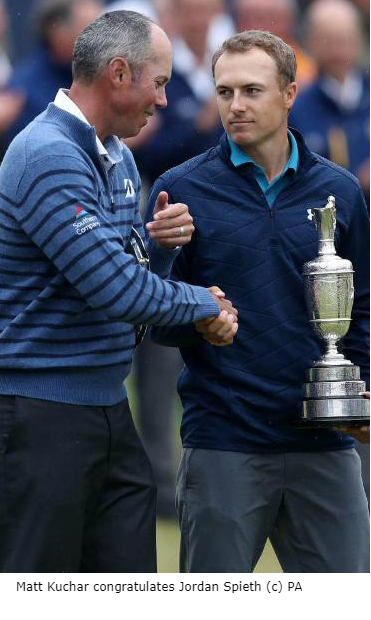 A shell-shocked Kuchar made birdie there to fall just one behind, only for Spieth to hole from long range for birdie on the 16th and follow the former in for another on the par-five 17th.

Par at the last completed a remarkable closing 69 – Spieth’s fourth sub-70 round of the week – and a 12-under-par total of 268, three shots ahead of the unfortunate Kuchar, who also shot 69 after a bogey on the last.

The victory means Spieth joins Jack Nicklaus in becoming one of just two players to win three majors before the age of 24 and he can surpass Tiger Woods as the youngest winner of a career grand slam by claiming next month’s US PGA at Quail Hollow.

Kuchar had the consolation of his best finish in 47 major appearances, with China’s Li Haotong three shots further back in third after equalling the lowest final round in major history with a closing 63. 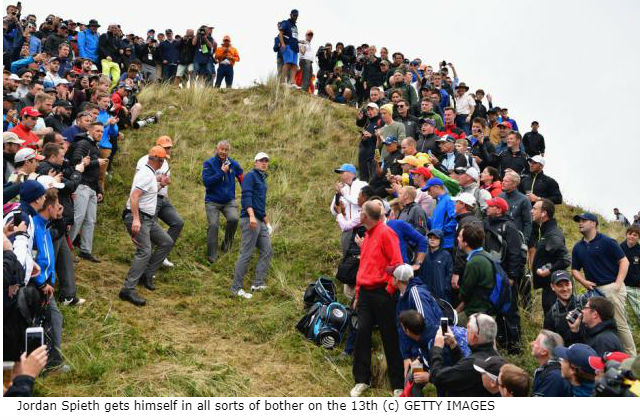 Southgate, who spent the week of the 2015 Open receiving treatment for testicular cancer, finished 12th at Royal Troon last year and made sure of an even better finish with a closing 65.

Speaking after being presented with the Claret Jug on the 18th green, Spieth said: “This is absolutely a dream come true for me. 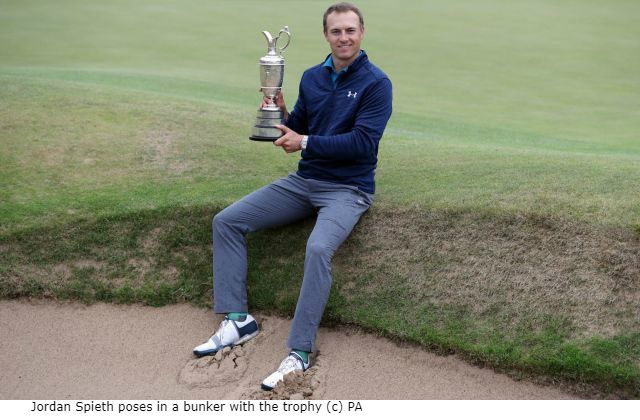 “I was able to drink a bit of wine out of this when Zach Johnson won it a couple of years ago and a lot of people told me it was bad luck and I started to believe them through nine holes today. It feels good to have this in my hands.”

Spieth paid tribute to Kuchar for the way he handled the lengthy delay on the 13th, adding: “Matt, I really enjoyed battling with you. It could have gone to either of us and I got the good breaks today.

“What a great champion Matt is and what a class act. I took 20 minutes to play one of my shots and Matt took it in his stride. It speaks to the kind of man you are and it sets a great example.”

Spieth also thanked his caddie Michael Greller, adding: “I was getting down on myself, as anybody I think would, and this is as much mine as it is his at this moment.”