Interview Comments Off on Primate Elijah Ayodele: ‘Buhari must not die’ 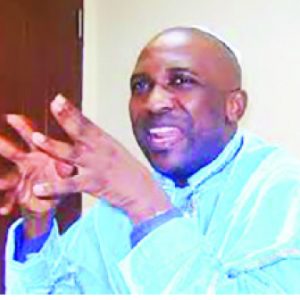 • SAYS, ‘KANU WILL NOT LEAD BIAFRA’

As a follow up to his earlier prediction on why Ali Modu Sheriff must be stopped as PDP chairman, foremost Nigerian seer and cleric, Primate Babatunde Elijah Ayodele, in this interview reacts to last week’s Supreme Court verdict, which returned the Ahmed Makarfi-led National Caretaker Committee as the lawful leadership of the party.

He also speaks on the agitation for Biafra being championed by the Indigenous People of Biafra (IPOB) among other boiling issues.

In your predictions published on August 14, 2016 you alluded to the fact that only the faction of the Peoples Democratic Party (PDP) led by Ahmed Makarfi could revive the party. Now with the Supreme Court having ruled in favour of the former Kaduna State governor, is that an indication that the party will bounce back?

We have just started. With Makarfi back in the saddle PDP will be on its way to gradual recovery if they take the right steps. As it is PDP needs proper cleansing. Makarfi can still bring the party back but if the party brings the wrong person for the presidential election in 2019 the party may not win. Then APC will now have crisis with Makarfi returning except they are able to put their house in order and re-strategise if the party is to retain power. At end of the day it may neither be APC nor PDP that will get the central if they fail to present sellable candidates.  I don’t want to talk about candidates now; at the appropriate time I will reveal that.

What I am saying is that Makarfi can still stabilize PDP. What happens in Osun does not mean that PDP is back. They should reorganize the party properly and do the right in the party. At the same time APC is cracking. If APC wishes to retain the Presidency they should also ensure they put their house in order. Then the vice president’s life is in danger but God will see him through. Many things will still be exposed about the plots against him. There are so many things we don’t see now; the vice president is struggling against the cabal. As it is now the villa is vacant.

What do you mean by this?

We still need to pray very well for Buhari to recover quickly. He may not be stable till the end of his term. I am also seeing a big referendum coming in Nigeria but I cannot see when or how it will come because God did not show me that. Honestly, Buhari needs prayers. His family needs to pray very well for him. I am not saying the medical treatment he is receiving will not work, but it is not the lasting solution. It is only God that can sustain his life. Buhari must not die because if he dies it will affect a lot of things in the North. But I see the national flag being flown at half mast but I don’t know where that is coming from. Oyegun’s seat is shaking. His position will be in crisis if Buhari fails to continue.

The agitation for the state of Biafra is still on. What is your view on it?

Nnamdi Kanu’s life is at risk especially because of the way he talks, his misuse of words. Forget about all he is doing, let him continue to pray to the dead souls. Kanu will not lead Biafra. Biafra vision may be actualized in the nearest future, he will not lead the Igbo to actualize the vision. He is taking some wrong steps that will fail him to actualize his dream as a leader of Biafra. Then the Igbo should not expect the Presidency in 2019. Their time has not come. I am talking as a prophet not as a politician. Kanu is still going to face a lot of challenges and if he is not careful enough, he may miss it. He must be careful so that he doesn’t lose his life in the cause of this struggle. He needs to be extremely careful and watchful.

There will be election in Anambra although there will be crisis. If the governor remains steadfast with his party APGA God can help him to sustain that seat but he if he attempts to take wrong steps, he will see the other side of the voters. In a nutshell Nigeria is sitting on time bomb.

The Badoo crisis in Ikorodu seems to defy security solutions and many people believe it is more of a spiritual challenge. What is your view on this?

Let me say that the police have been trying their bit. They are not spirits, the residents are also doing their bit but the step they are supposed to take is to continue arranging prayer programmes involving churches and mosques and pray to God to arrest those behind the badoo killings. I said it in 2013 that terrorism is coming to Lagos. This is part of the terrorism. Yet we still need to be more security conscious in Lagos.

There are other things that will follow. The security operatives just need to be ready to contain it. Christian association needs to come together, organize vigils for three days to make sure that Badoo is rooted out of Ikorodu. I am telling Lagosians that very soon those behind it will be exposed and Ikorodu will be free from this crisis.