Politics Comments Off on PMB hints at second term bid, says Cote d’Ivoire trip with governors could bring him votes 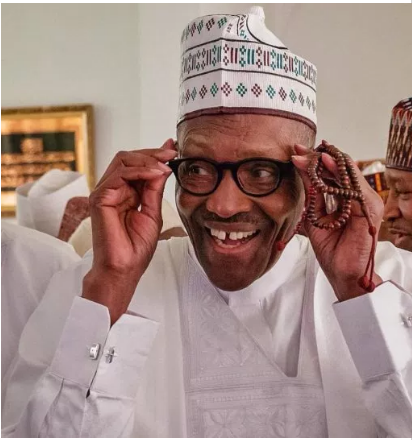 President Muhammadu Buhari dropped a major hint in Abidjan, Cote d’Ivoire, on his presidential run for a second term in the 2019 elections when he told the Nigerian community in Abidjan that he insisted on the presence of two governors who had accompanied him on his trip to the country at the meeting because it might give him votes in the future.

The two governors, Udom Emmanuel of Akwa Ibom State and Mohammed Abubakar of Bauchi, had left Nigeria with the president for Abidjan on Tuesday to participate in the 5th European Union-African Union (EU-AU) Summit.

The National Leader of All Progressives Congress (APC), Senator Bola Tinubu is also on the trip.

Buhari had while apologising for keeping members of the Nigerian community waiting, explained the delay was caused by his insistence on attending the meeting with the governors, saying if the people saw their governors, it might earn him some votes in the future.

“First, I want to apologise for keeping you waiting. This is because I insisted on the governors attending this meeting.

“This is why I came along with them so that when we are going to meet you, when you are going to meet the other Nigerians, if you tell them that their governors were in the company of the president, I think that will be another vote for me in the future. I’m very pleased that they were able to turn up,” he said.

At the meeting, the president also said his support for the President of the African Development Bank (AfDB), Mr. Akinwumi Adesina, who served in the immediate past government as Minister of Agriculture and Rural Development, was a confirmation of his initial remark that he indeed belongs to everybody and belongs to nobody.

He made the statement in reaction to Adesina’s gratitude to the Buhari administration for supporting him to clinch the job.

He said: “The President of the African Development Bank forgot to mention that he was serving in the PDP government as a minister, but all the same I picked him and recommended him for the AfDB top job.

“I think it emphasised what I said during my swearing in that I’m for everybody, I’m for nobody. As long as you are a Nigerian be prepared to be on the receiving end from me.”

Buhari also thanked Tinubu, whom he said had brought him the cheery news that he never knew. But he failed to disclose the nature of the information.

“I also thank our leader, Asiwaju Bola Ahmed Tinubu. He has brought me a very beautiful piece of information, which I was not aware of until I sat down and read it this evening (Tuesday night). Thank you very much for your hard work and I will discuss that paper with you,” he said.

Adesina, in his remarks, said the Nigerian economy picked up immediately the president recovered, noting that there was a correlation between the president’s health and the improved economy.

Adesina also said the AfDB had released $250 million for the construction and rehabilitation of the North-east destroyed by Boko Haram insurgency.

He also disclosed that AfDB had constructed a large office behind the Yar’Adua Centre in Abuja, describing it as the first of such buildings by AfDB outside its Abidjan headquarters.

“Mr. President as you must have noticed, there is a very strong correlation between your health and the economy and when you came back, the economy picked up after that. So, we wish you great health so that the economy can continue to pick up.

“I also want to thank you for your leadership on the Boko Haram issue because to draw investments into Nigeria, you absolutely have to have security.

“I think that securing our borders is very important, thanks to your leadership for that. I also thank you for all the efforts you have made in the Lake Chad Basin area.

“I was with you in Paris where you led the efforts in reviving the Lake Chad Basin. As you know, Mr. President, the bank is very strongly behind that.

“We put in $250 million to support the rebuilding of the North-east of Nigeria. I know you were criticised for the rebuilding effort but I don’t see anything wrong, if things get destroyed they have to be rebuilt,” he said.

Slavery: Buhari saddened over sale of Nigerians ‘like goats’ in Libya Jonathan surrounded himself with bigots - Gov Shettima