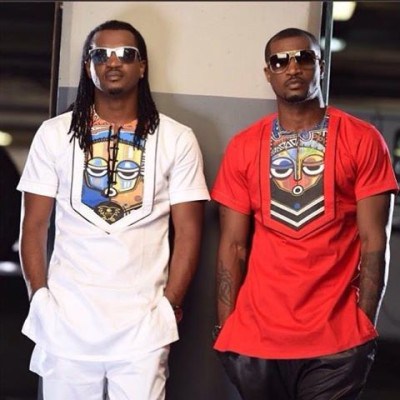 Peter Okoye, the one half of the defunct group, P Square, has said that he is done doing business with his brothers: Paul and Jude Okoye.

The artist who now goes by the moniker, Mr P, revealed this is an interview with Inspiration 92.3 FM in Lagos on Wednesday.

Explaining to his fans, Mr P said he is telling the story so that people will know what truly transpired between himself and his brothers.

He said that the Okoye family is more important than the business side of things and singing together is breaking their relationship, which he doesn’t want. He also added that he’s done with doing business (i.e. music) with his family.

Mr P sat through the lunch hour, telling his story of why one of Nigerians favourite music group, P Square, is no more, and what he is doing to move it forward.

Fielding phone calls from fans who wished him well in his new journey, he said, “It’s not about us singing together that really matters because that’s what you guys know. But think about it, this could be a blessing in disguise. I’m not trying to break the family or make anyone look bad. I don’t hate anybody and I’m not trying to make my brothers feel bad. I wish everybody the best.

“Everybody is doing well now, let’s just keep it that way. I came out to sing alone to show people I can sing because if I hadn’t done so people will keep thinking otherwise. My mother, if she was alive, would have said we should remain together but not do music (business) together. I’m doing my best to settle with my family but they (family) are not ready. However, for the business aspect, I’m done.”

Mr P also revealed that he wrote the lyrics to remix of “Bizzy Body.” A fan sang the line: “Peter and Paul dem be one no be two” when he said he actually wrote the song.

Zimbabwe: Mnangagwa sworn in as president after Robert Mugabe resigns Waziri Adamawa resigns from the All Progressives Congress