Across Nigeria Comments Off on ‘Original’ Ikoyi Whistleblowers head to Court 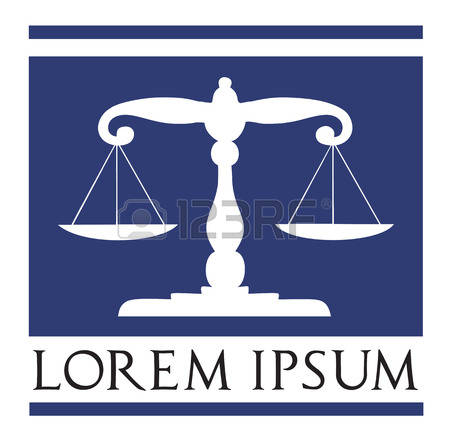 The battle for the payment of the 5 per cent whistleblower fees to those claiming to be the “original” whistleblowers of the $43.4 million discovered in an Ikoyi, Lagos apartment by the Economic and Financial Crimes Commission (EFCC) has assumed another dimension with three claimants heading to the Federal High Court, Abuja, to seek for justice.

This came after the Finance Minister and the Attorney General of the Federation (AGF) and Minister of Justice, who had earlier received the petition and appeals from the claimants, remained silent.

In a suit dated November 22, 2017 by the plaintiffs through their lawyers Hammart & Co at the Federal High Court, the whistleblowers are seeking the court’s declaration that the Federal Government of Nigeria represented by the AGF and Minister of of Finance, who are defendants in the suit and the EFCC, Bala Usman Maina, Stephen Sunday and Mr. Sherriff, are bound to comply with the Whistleblower Policy or Whistleblower Executive Order to pay 2.5-5 per cent of the whistle blowing fees or percentage as issued by the federal government.

The plaintiffs are also seeking a “declaration that the plaintiffs, the 4th, 5th and 6th defendants actively participated and were instrumental to the whistleblowing or disclosure of information to the 1st defendant’s (EFCC) staff or officers which resulted in the 1st defendant’s recovery of the various sums of $43.4 million, N23.3 million and 27,800 Euros at Flat 7 Osborne Towers, Ikoyi, Lagos State”.

The plaintiffs are also seeking a mandatory injunction restraining the 2nd defendant (finance minister) by themselves, their agents, staff or officers from excluding or denying them the payment of the 2.5-5% of the whistleblowing fees or percentage of the amount of the money recovered as a result of the whistleblowing or information disclosed by the plaintiffs to the 1st defendant.

The so-called original whistleblowers had earlier written the finance minister, Mrs. Kemi Adeosun, to stop the proposed payment and to allow reason prevail on the petition written to the AGF that they had been shortchanged.

In a letter dated November 15 and received by the office of the finance minister on the same day, the petitioners through their lawyers, Hammart and Co (Tafida Chambers), drew the attention of Adeosun to an earlier petition written to the AGF since September, for which no action was taken, noting that the silence of the top government officials ran contrary to the administration’s stance on corruption in all its ramifications.

The whistleblowers said they requested the finance minister to put on hold the plan to pay the wrong whistleblowers until their complaint had been thoroughly investigated and justice done.

“It is, therefore, the brief of our clients that we request you to hold on payment of the whistleblowers’ fee/entitlement until our clients’ complaints are sorted out.

“That considering the vital role our clients played in exposing the whereabouts of the recovered money, our clients cannot be sidelined or denied their entitlement, as doing so will amount to injustice to our clients,” the so-called original whistleblowers informed the court.

In a petition dated August 24 which was addressed to the AGF and received on September 8, the solicitors to the claimants, on behalf of Abdulmumin Musa, Mr. Stephen Sunday and Mr. Bala Usman told the AGF that his clients by the workings of the EFCC had shortchanged the whistleblowers by bringing others who were not the arrowheads of the whistleblowing leading to the cash discovery.

The solicitors noted that “our clients informed us sometime in December 2016, three of them voluntarily walked into the office of the Economic and Financial Crimes Commission (EFCC) at 15A Awolowo Road Ikoyi, Lagos, and gave vital information that led to the recovery of over N13 billion at the Ikoyi Towers, Lagos”.

The lawyers further told the AGF that “upon a subsequent visit to give detailed information as required by the commission to raid the tower, they were told that if the operation was successful, 5 per cent of the amount recovered will be their take home within 72 hours of the recovery, they were also cautioned that if the information happened to be false, then they will definitely be in trouble which the three mentioned above accepted because they were sure of their facts”.

The petition continued: “That when the operation was carried out, it was successful but since then they have not received any commendation by the commission, let alone been given any reward, even though the EFCC have their names and phone numbers.”

The petitioners said rather than to do the needful, some EFCC staff informed them that they were not the only people who gave them information on the Ikoyi Tower, as others were also involved without mentioning them.

Upon various meetings by the three persons, they agreed to go back and meet the head of EFCC operations, Alhaji Samaila Muhammed and were told during their visit that the number of claimants had increased to nine.