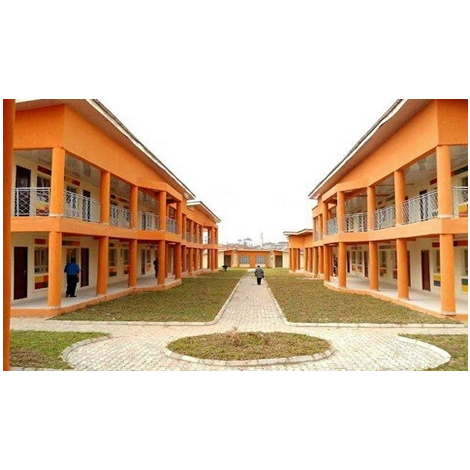 Determined to reposition education in Ondo State, the government convoked a summit where over 2,000 stakeholders brainstormed for two days and came out with 19-point recommendations. In this interview, the state Education, Science and Technology Commissioner, Femi Agagu, speaks on what government wishes to achieve with the summit.

What do you intend to achieve with the Education Summit?

Governor Rotimi Akeredolu, when he came into office, identified five key areas where he wants to make real change, and education happened to be one of them. So, one of the first steps he took was to set up committees to look at how to address the issues in the sectors. A key recommendation of the committee handling education was that there was need for Education Summit. The summit was to look at the functionality of our education, to look at technology growth, to look at the issue of curriculum to determine how it has been able to accommodate those things that make education functional. It is said that education standard in the state is declining. We sense that things are not right and we want to make them right. That was one of the reasons for the convocation of the summit.

How is the state able to fund the numbers of primary and secondary schools, technical colleges, polytechnic and three universities?

Would the recommendations of the summit be implemented since this is a major challenge of summits in the country?

I can assure you that the recommendations of the summit will be fully implemented. If you look at the steps we took right from the planning stage, you will find that it was a summit with a difference. We took a lot of time to plan, we looked at the various issues, and we came up with a team that will capture what we actually wanted. We assembled scholars, people with experience in the management of education across the nation. I can assure you that whatever recommendations were made in the interest of the state will be implemented 100 per cent. We also know the personality of the man at the helm of affairs; he is a man of courage and integrity. He is not someone to organize something and nothing will happen thereafter. And those of us who are working with him, the only reason we are here is to make a difference. But let me assure that this government will not impose any decision on the people and the governor’s speech made that very clear.

I assure you that political will is not lacking in anyway. Whatever is the agreement of all of us at that summit, government will implement it to the letter.

Why did you have only former Vice Chancellors, professors and not teachers and parents as participants?

How will the people who did not attend the summit be carried along?

We will engage the general public via the social media. Let’s talk about some of the programmes of the immediate past administration such as the free shuttle buses for school pupils.

Is government going to sustain this?

Sustainability is relative if you are talking about who is funding it. If it’s good for the system, government will budget what it can afford. And those who think that it is good, they will have to indicate how it is sustainable. The ‘mega primary school’ project was dear to the previous government.

Will this administration continue the project?

The governor stated categorically on the day he was swearing-in his commissioners and special advisers that his government will not build mega schools. If you are in our shoes and go round the schools and see the situation of our infrastructure, you will agree that there is no point using the meagre resources available to build few schools, when over a thousand of other schools are dilapidated. Whatever money that is available can be spread round to renovate all the schools, so that there is a conducive environment for pupils, wherever they are, to learn. When you neglect over a thousand schools to build twenty something mega schools, how does that solve the problem? And if care is not taken, the mega schools will dilapidate at some point. So I think that policy will be halted at this time.

Why can’t government commercialize the mega schools in order to boost Internally Generated Revenue instead of closing them down?

I am not saying government is closing down mega schools; what I’m saying is that government will not build more.

What is government doing to monitor the standard of education provided by private schools?

There is nobody that can set up a school without getting the approval of the ministry of education, and I want to believe that, over the years, officials of the ministry have been doing their job diligently. There are certain criteria they need to meet, and if it has been met, that means they are good to operate. To me, if more private schools are springing up, that means there is demand for them.

What are the plans of government to correct the uneven distribution of teachers across public schools?

That exercise is on at TESCOM and SUBEB levels. This is not the first time government is doing so, but teachers who were posted to rural areas in the past found their way back to urban areas. This is lack of effectiveness on the part of the officers in charge of the posting. But by the time we finish this exercise, I’m sure there will be even distribution and if there is any gap to employ more, we will take appropriate steps. Teachers’ Registration Council has said only professional teachers should teach.

What is your take?

Anybody who majors in education in the mainstream of the civil service of Ondo State will be posted to a school to teach and that is going on right now.

Are teachers in the state well remunerated?

That is not for me to say. I am a commissioner. I am not in charge of fixing salaries. Government can only pay salaries according to the limits of its resources.

Regarding the information that went viral about soldiers allegedly immunizing school children, is there an information gap between government and parents?