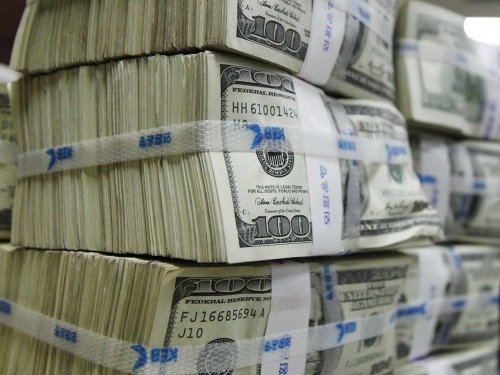 Nigerian banks are boosting dollar-spending limits for payment cards denominated in local currency as much as tenfold because of improved foreign-exchange supply, the nation’s biggest lender said.

Guaranty Trust Bank, the country’s biggest bank by market value, raised the maximum amount a holder of its naira Mastercard can spend abroad in a month to $1,000 from $100, in line with “the relative improvement in foreign-exchange liquidity in the market,’’ Meksley Nwagboh, a spokesman for the lender said Monday in an emailed response to questions.

Ecobank Transnational Inc. has set a $1,000 per day limit from $100 while FCMB Group Plc will start implementing its new spending limit of $500 per month this week, according to their officials.

Nigerian lenders cut or suspended foreign payments using naira cards in 2015 and 2016 as a decline in the price and output of oil, the country’s main export, caused a plunge in foreign income and prompted the Central Bank of Nigeria to introduce controls to reduce dollar demand.

The central bank’s creation of a market-determined foreign-exchange trading window for investors and exporters in April increased access to dollars and enabled Guaranty Trust Bank to increase its spending limit, Nwagboh said. Ecobank’s “slightly improved dollar liquidity” has put it in a position “to boost foreign-exchange payments nationwide,” Tunde Kuponiyi, the head of consumer banking, said on Monday in an emailed response.

“The change in the withdrawal limit is another signal that banks are less concerned about foreign exchange liquidity than before,’’ London-based Exotix Capital said in a July 14 note to clients.