Local Comments Off on Ekiti State governor speaks on #EndSARS 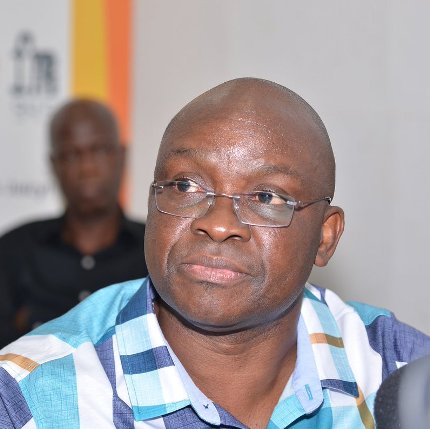 The Ekiti state Governor, Ayodele Fayose has waded into the ongoing call for the scrapping of the Police Special Anti-Robbery Squad, SARS.

The governor in a tweet on Monday night said rather than scrapping the police unit, a reform would be a better alternative.

“I won’t say #EndSARS. Rather I will say #ReformThePolice such that someone will not sit in Abuja and be in charge of resolving robbery issue in Abakaliki.” he said.

The campaign which started Saturday with the hashtag #EndSARS has seen many Nigerians raise allegations of extra-judicial killings, dispossession of properties, and other forms of intimidation against SARS officials.

The campaign which became one of the most discussed topics on social media drew the attention of various prominent Nigerians, celebrities and other concerned citizens.

The action propelled a directive by the Inspector-General of Police to call for the reorganisation of the police unit.

The changes according to Mr. Moshood is to take immediate effect.

A former Vice President of Nigeria, Atiku Abubakar, on Sunday praised Nigerians for rising in unison to openly criticise the alleged cruelty by the SARS.