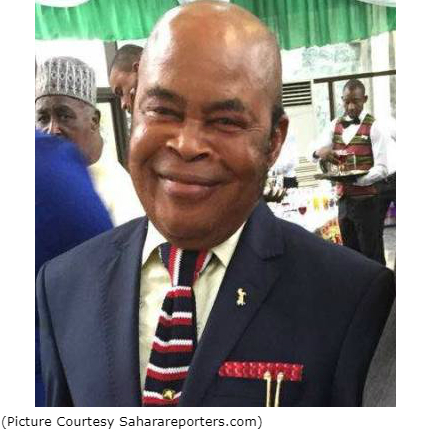 The Federal High Court, Abuja, on Friday, March 23, discharged a Supreme Court judge, Justice Sylvester Ngwuta of the 13-count charge preferred against him by the federal government in 2016.

Citing a previous ruling of Court of Appeal while dismissing the case, Justice John Tosho ruled that the pre-condition for instituting charges against a judicial officer were not met before Justice Ngwuta was brought to court.

Chief Kanu Agabi (SAN),  who was Justice Ngwuta’s counsel had argued earlier that by virtue of the Court of Appeal’s judgment, and the provision of section 158 subsection 1 and paragraph 21(8) of the third schedule of the constitution, the charges placed against his clients were incompetent.

He maintained that the complaints which formed the basis of the charges instituted against the Supreme Court judge should have been directed to the NJC which should have discipline Ngwuta, before the government can institute the charges.

Justice Tsoho agreed with defence counsel that the condition was not followed before the charges were filed against Ngwuta, adding that the proceedings so far conducted in the case remained null and void.

“The court holds that the condition precedent to filing of the charge against the applicant (Ngwuta) was not fulfilled. Consequently, the jurisdiction of this court to try same was not properly invoked. “Therefore, the proceedings taken so far herein are declared a nullity, the charge is struck out and the applicant discharged,” Tsoho ruled.