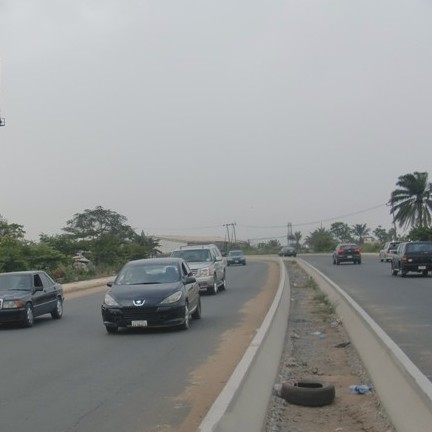 Minister of Niger Delta, Usani Usani, yesterday, flayed previous governments over the strategic East-West Road, which he said was designed to fail.

According to him, “the East West road is a project that has been messed up from inception, naturally designed to fail by all the agreements and designed concepts that we have seen.”

Usani who made the claim at the end of the Federal Executive Council (FEC) meeting presided over by Vice President Yemi Osinbajo said names of between 30 and 40 contractors would be sent to the Economic and Financial Crime Commission (EFCC) for prosecution for their roles in the East West Road as well as other projects awarded in the Niger Delta ministry by previous administrations.

“… I have got a minimum of 30 to 40 contractors that I am sending to EFCC. On the East West road, I have taken a private consultant to review the whole cost. So, some contractors will obviously refund money for which the present cost will be discounted. So, when you see contractors ganging up and publishing things against me, you should know the foundation. But as far as I am here, I will do something that I feel is right.”

The road project, a 675km dual-carriage way meant to open up the entire Niger Delta states linking them one to another as well as the South West region was awarded in 2006 by the Olusegun Obasanjo administration. It stretches from Calabar in Cross River to Warri in Delta State, with an additional 23.9km included by former president Goodluck Jonathan to link Calabar with oceanic town of Oron in Akwa Ibom.

The road is also to link all major oil towns beginning from Oron, Uyo to Calabar and the Atlantic Ocean, up to Itu and Eket in Akwa Ibom, Port Harcourt and Ahoada (Rivers), Kaiama (Bayelsa), Warri (Delta) to Benin.

Meanwhile, NEC has also approved  ₦16 billion for the construction of the headquarters of the Niger Delta Development Commission (NDDC).

The building, which would be sited in Port Harcourt, Rivers State, is estimated to be completed within 52 weeks after which it will be given out for rents.

He explained that the new headquarters complex would have up to 13 floors, some of which will be rented out to raise funds for the Commission and would also save NDDC about ₦2 billion on rent per anum.

Asked why priority was given to a new headquarters over the East-West Road, Usani replied that the ₦16 billion would not be enough to complete the road, which has already gulped ₦300 billion.

He said the Buhari administration has made significant progress in the past two years to correct the fundamental errors in the design of the East-West Road, for which over ₦30 billion would be needed to complete.

“Some times when questions or concerns come from the public, you provoke our thoughts to get back to our sense of history. The East West road is a project that has been messed up from inception, naturally designed to fail by all the agreements and designed concepts that we have seen. And here we are making sure that we put things in order so that we can see the terminal point of that project.

“If the project started more than a decade ago and in 24 months we have made the progress we have made on it, correcting even the construction deficits in the area, then I think you should be able to appreciate what we are doing.

“The Niger Delta region has a prime position in our preference to develop the area and so there are no substitutes. So, even if we are not going to do the NDDC headquarters, it doesn’t mean we will complete the East West road.
“We have spent ₦300 billion on the East West road and yet the project has not made much progress.

“I’m doing a review of the entire contract of the road because without that nothing will ever happen on it talk less of completion. If you have spent ₦300 billion and you are where you are then… the design, negotiations, contract everything is wrong. You designed a project of that nature and give it a lifespan of seven years and then no designs in some sectors and yet you are attributing cost to it. So by what means did you have the elements of costing? These are verifiable facts at any time.”