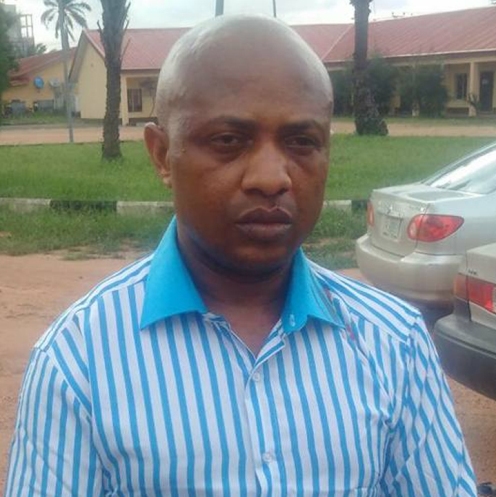 Ongoing police investigation of suspected kidnap kingpin, Chukwudumeme Onwuamadike, alias Evans, has revealed that he was also involved in crimes in South Africa, it was gathered yesterday.

That is besides his alleged illegal procurement of a Ghanaian passport that bears his passport photograph but a Ghanaian name.

Police spokesman, Mr. Moshood Jimoh, told The Nation that the investigation has also led to the arrest of more associates of Evans who were found to be probably wealthier and living bigger than him.

Evans is spending his second month in police custody and is expected to be formally charged within the next one month, Jimoh said.

He said:”You may recall that a Federal High Court granted us a three month remand warrant for Evans. We are just into the second month now and before the expiration of the third month, it is expected that we should be taking him to court.

“The little time is to ensure that we conduct a thorough and detailed investigation.

“This is somebody that committed crimes across several states and even went outside Nigeria.

“You may recall that he illegally acquired a Ghanaian passport with a Ghanaian name but with his passport photograph.

“He was also fingered for involvement in other crimes in South Africa and other places. So we need a little time to properly round things up and ensure that he is properly prosecuted because Nigerians will not be happy if we lose such a case in court on the basis of technical matters.”

He said relations of former victims of Evans’ are among those being detained by the police.

They are suspected of giving information about the former kidnap victims to Evans.

He advised the public to be security conscious at all times to avoid falling prey to kidnappers.

His words: “He (Evans) did things with lots of such people and we have lots of suspects who had collaborated with him in one way or the other; we even have other prime suspects apart from those that were arrested with him and paraded.

“In the course of this investigation we have other prime suspects including people who broke away from Evans’ gang to start their own gang – they left Evans to go and do a similar (kidnapping) business.

“Some of the suspects we later picked after detectives’ interactions with Evans are even living larger than Evans.

“We are going to ensure that we don’t make things public until we gather all our evidence towards securing a conviction in court.

“I won’t give you figures but they are many suspects; there are a lot of accomplices, lots of former gang members and lots of other people that have in one way or the other facilitated the offences committed by Evans and others.

“There is a special group of criminal suspects that are referred to as ‘catchers’; in criminal syndicates, they are the people that identify targets and give information about innocent, law-abiding people and more of such suspects are being rounded up.

“Part of our investigation reveals that Evans himself jogs round the estate where he lives every morning and uses that opportunity to assess information on those potential victims that have what they describe as ‘kidnap value’.

“It was after his arrest that some of his surprised neighbours realized that it was this man that used to jog around; that is why security-consciousness necessitates that every citizen should be alert and see things beyond their noses now.

“Sometimes, it is easy to jeopardise your security by being a good Samaritan through acts like offering someone a lift in your car because there are persons who can take advantage of your kind or welcoming nature.

“All citizens equally need to know where potential help can come from in security emergency situations like where police or other security people are located, the right telephone numbers to call and so on.

“The Inspector-General of Police is taking the battle to criminals but maximum security is achieved through the alertness of everybody in the interest of everybody and such attitude goes a long way to prevent many people from becoming victims of criminality.”