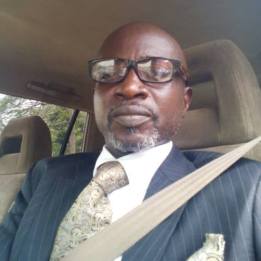 Another 360 seconds interview with Keteekitepost!  Our interview today is with ‘unsung hero’, Barrister  Olayiwola Ope Makanjuola, a Lagos based Legal Practitioner, father and the husband of Oluwatoyin.

Below are excerpts of Yinka Erinfolami’s interview with him:

My assessment of the administration so far is that, PMB and his economic management team have failed economically since the inception of the administration, up until now there has been inconsistent economic policies, which has brought the present recession to the country. Buhari has also not lived up to some of his campaign promises.

I do not believe that the fight against corruption has been one sided but even if it has, the question is, those under trial for corruption have they compromised themselves or not? If they have, then there is nothing one sided about the fight against corruption. You can’t say because Mr. A is not being tried for corruption then you that have been indicted should also be left off the hook. As time goes on, the book of Mr. A would also be opened when he too is indicted.

The two presidential spokesmen including the minister for information have failed to live up to their duties. Their citizens’ engagement level is near zero as far as I am concerned.

Yes, PMB has succeeded in this one aspect of his campaign promises.  BH has been completely eradicated except for some pocket flashes of bombings. Kudos to him in this regard.

The Niger Delta region is a very volatile area in Nigeria. I think the Niger Delta Avengers were formed by those who felt they’ve lost out in the power sharing formula of Nigeria. I think the politicians in that area know more about the activities of the NGA. PMB has played down military invasion of the area mainly because of the way Nigeria is structured politically, religiously and in terms of ethnicity.  Moreover, that is where the mainstay of the country’s resources comes from. He has been very diplomatic in handling the situation which shows that it is high time for Nigeria to look for other sources of revenue apart from oil and gas.   Nevertheless, I think PMB needs to be more firm in dealing with the NGA. They are nothing but criminals.  No part of a body is more important than the whole body regardless of whatever role it plays in the body. The Niger Delta area is not more important than the South West neither are they more important than the North East.  I believe the NGA should be dealt with more, militarily.