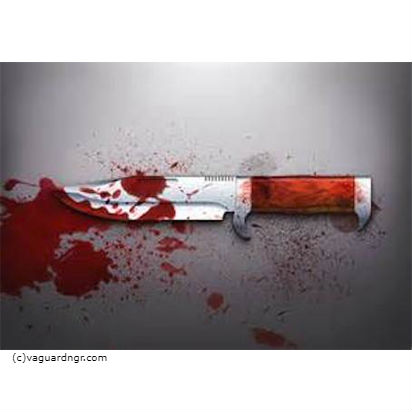 An 18 year-old secondary school boy Favour Mathew was reportedly stabbed to death by his school mate in Ado Ekiti.

Favour, an SS 2 student of Ado Grammar school, Ado Ekiti, was said to be a native of Kogi State. The deceased, was reportedly stabbed in the chest by his colleague during fisticuffs outside the school premises on Friday.

However, sources claimed that it was due to voodoo contest between the two young boys. The suspected murderer whose name could not be ascertained as at the time of this report was also seen with a scar on his head at the University Teaching Hospital, Ado Ekiti, where he received treatment before he was whisked away by the Police.

Meanwhile, hell was let loose at the Hospital Ado Ekiti as parents and families of the deceased demanded for his remains for immediate burial as they prevented the body from being taken to the morgue.

It was gathered that the deceased has just completed three years automobile mechanical training and had his graduation three months ago . He was said to be preparing for his senior school certificate examination.

In a chat with newsmen, the DPO Oke Ila Division CSP Ophaleke Obieze, appealed to the deceased’s relatives to exercise restrains as the culprit would be made to face the full wrath of the law.